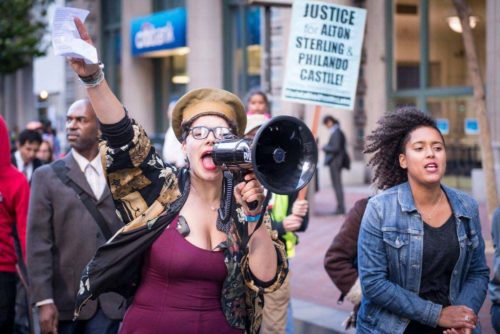 A thick strand in the history of U.S. policing is rooted back in the slave patrols of the 19th century. Patty rollers were authorized to stop, question, search, harass and summarily punish any Black person they encountered.

The five- and six-pointed badges many of them wore to symbolize their authority were predecessors to those of today’s sheriffs and patrolmen. They regularly entered the plantation living quarters of enslaved people, leaving terror and grief in their wake.

Together with the hunters of runaways, these patrols had a crystal clear mandate: to constrain the enslaved population to its role as the embodiment and producer of massive wealth for whites and to forestall the possibility that labor subordinated to the lash might rebel at the cost of white lives.

But if the long years before the emergence of the various movements for Black lives have taught us anything, it is this: our purported partners in dialogue simply turn their backs and leave the table as soon as the pressure is off.

How far have we come, really? Having extricated ourselves from a system of bottomless and blatant cruelty we have evolved a system that depends on the patty rollers of today to constrain and contain a population that, while no longer enslaved, is ruthlessly exploited, criminally neglected and justifiably aggrieved.

Ruthlessly exploited by the low-wage industries that depend on ample supplies of cheap labor, by the bottom feeders of capital – pay-day loan companies and slumlords come to mind – by the incarceration-for-profit industry, by the municipalities that meet their budgets by preying on poor people, generating revenue by way of broken taillights, lapsed vehicle registrations and failures to signal. 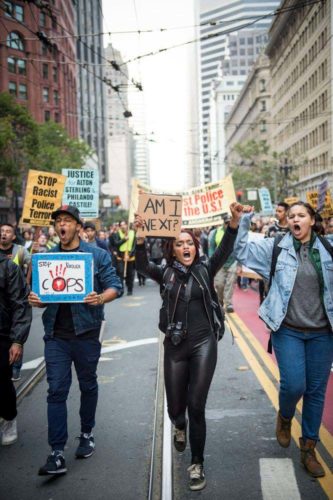 Criminally neglected by policy makers – 152 years’ worth and counting – at every level of government. And so our education policy appears to be: starve the public system until it collapses and to hell with the children whose parents have no alternative.

Housing policy stubbornly stacked against the development and maintenance of low-income housing. Jobs policy that, against an ideological backdrop that touts personal fulfillment and prosperity through honest effort, reduces grown men to selling loosies and cd’s on street corners to provide for their families.

Justifiably aggrieved because we still must assert, against the relentless accumulation of evidence to the contrary, that Black lives matter.

And all this on top of the foundational failure to financially repair or compensate the formerly enslaved or their descendants. 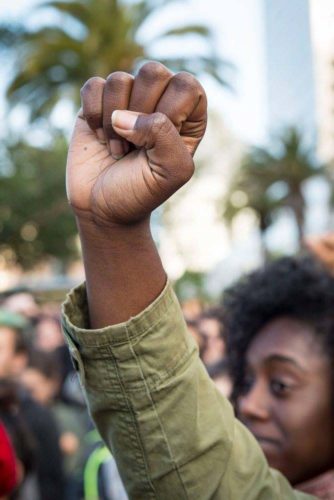 So today’s patty rollers are expected to contain any overflow of bitterness and anger on the part of the exploited, neglected and aggrieved, maintaining order in a fundamentally – and racially – disordered system.

Their mandate is as clear as that of their forefathers: to constrain a population whose designated role is to absorb absurdly high rates of unemployment and make itself available for low-wage, low-status work without complaint, much less rebellion.

Those who fear a spiraling descent into disorder, know this: we are merely witnessing the periodic, explosive surfacing of entrenched disorders we have refused to face or fix.

Our narratives and debates about good cops and rogue cops, better training and community policing are important but entirely insufficient.

No doubt the patty rollers of the 1850s could have been trained to reign in their brutality. Given the gloriously diverse dispositions of our human family, patrollers likely ranged from the breathtakingly cruel to the queasily reluctant enforcers of patent injustice.

All that is, at bottom, beside the point. Whether cruel or kind, restrained or rogue, their job was to police – and by policing, maintain – a barbaric system.

Today’s police can be better trained to recognize implicit bias, to dial back on aggression and deescalate tense encounters. All to the good, as far as it goes. But none of it changes their core mandate in poor Black communities: to control and contain, by any means necessary, a population that has every reason to be restive and rebellious.

“Was he colored?” That’s what my grandmother would say whenever she heard news about a criminal act. She knew that if the alleged perpetrator were “colored” his criminality would be read not simply as the act of an individual, but as an expression of an ingrained racial tendency.

Somehow being Black meant that the actions of every random thief, rapist or murderer who was also Black redounded to you and your people. I imagine most Black families had a version of “Was he colored?” And I wouldn’t be surprised if Muslim American families have an equivalent expression today. Untying the knot of individual culpability and the consequences of racial belonging is nowhere near as straightforward as it might seem.

I was on a dance floor on Thursday night, desperately trying to shake off the news from Baton Rouge and Falcon Heights. My phone was in my back pocket and, like an idiot, when it buzzed with an incoming text, I left the dance floor and stepped outside to the news from Dallas. Though the action was still unfolding, I immediately surmised that the shooter was “colored,” and that he had been trained by the U.S. military.

It has fallen to President Obama, time and again, to make sense out of the incomprehensible and bind the wounds of a nation apparently bent on self-destruction. In the aftermath of Dallas, Obama quickly condemned the despicable violence of a demented, troubled individual.

The president’s intent was clear and laudable. He sought to defuse tensions by definitively asserting that the shooter’s action was not associated with a political movement or a particular organization, that his murderous deeds should in no way be linked to African Americans in general. He struggled to shift the focus from “Was he colored?” to “Clearly he was crazy, right?”

But before boxing Micah Johnson up and setting him aside as deranged and demented it’s worth asking a few questions. Honestly, good people, did anybody in their right mind – that is, not troubled or demented – think that the police could continue to pick off Black people at will and on camera without producing a Micah Johnson? 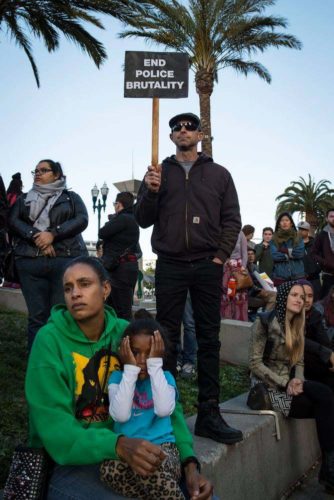 And is troubled and demented shorthand for “traumatized by repeated exposure to the graphic depiction of the murder of people who look just like me?”

Or for “agonized by the fact that the officers of the law who placed a handcuffed man in the back of a van and snapped his spine in an intentionally “rough ride” were neither held criminally accountable nor labeled troubled and demented?”

Or for “depressed beyond imagining and haunted by the ghosts of the men and women whose lives were snatched by the side of the road, down back alleyways, and in precinct stations from one end of the country to the other before the era of cell phone video?”

Or for “pierced through the heart by the voice of four-year-old Dae’Anna, comforting her mama?” Because if demented and troubled is shorthand for any of that, then Micah Johnson may have been a lone gunman, but he is far from alone.

That whoosh you heard on Friday morning was the sound of people rushing to condemn the Dallas shootings, or to extract condemnations from others. There is, of course, no moral justification for gunning down police officers. And, retaliatory violence aimed at the armed representatives of the state, beyond being a suicidal provocation, also shuts down all avenues for advancing the cause of racial justice.  But there is a lot of room for reflection between the cheap polarities of condemn or condone.

So here we are, once again, with calls from all quarters for dialogue across the racial divide. But if the long years before the emergence of the various movements for Black lives have taught us anything, it is this: our purported partners in dialogue simply turn their backs and leave the table as soon as the pressure is off.

This moment calls for the vigorous defense of our right to continued protest and the intensification and elaboration of multiple movements for Black lives – for the sake of our ancestors and the generations to come. And for the sake of this country that is our home.

—Linda Burnham is the Research Director of the National Domestic Workers Alliance. She is the co-author of Home Economics: The Invisible and Unregulated World of Domestic Work.