Beyond May 1: A Future for Us All 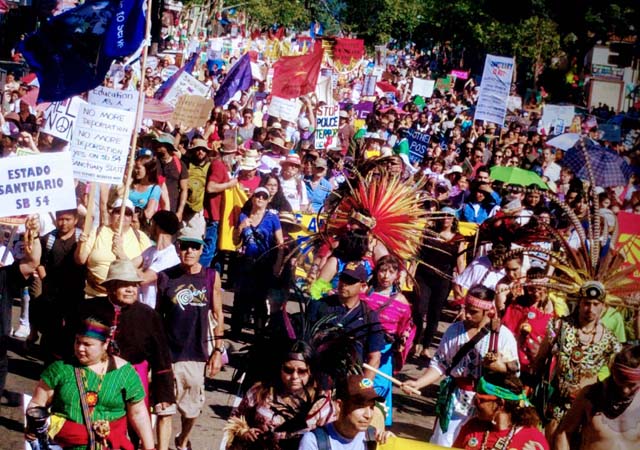 Thank you for joining us on May Day along with hundreds of thousands across the county. Our hearts and spirits, like yours, were lifted to see families, elders, workers, activists, artists, mothers and their babies, teachers with their students, people young and old. The streets swelled with folks united in a call for justice. We marched, drummed, chanted, held banners and signs high to echo our call to fight federal policies that are destroying the lives of immigrants, refugees, Muslims, Blacks, and endangering Mother Earth. 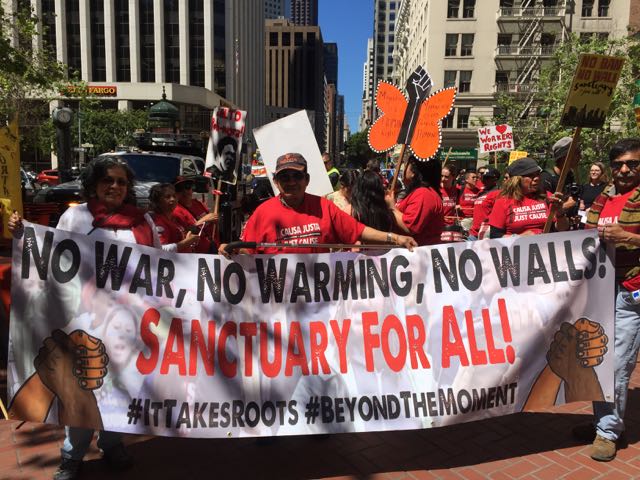 We blocked the ICE headquarters in San Francisco, chained ourselves to the Alameda County Admin building to demand a stop to sheriff cooperation with ICE and military policing with Urban Shield.

We formed and joined new and larger coalitions  like Beyond the Moment and planned to push harder, to Defy, Defend and Demand. To grow stronger.We became more defined with It Takes Roots coalition.

We are growing together, becoming more organized and committed to fighting for a future where we all will thrive.

A world where families remain together and where the families of young Black and Brown youth don’t have to worry that they may never make it home. 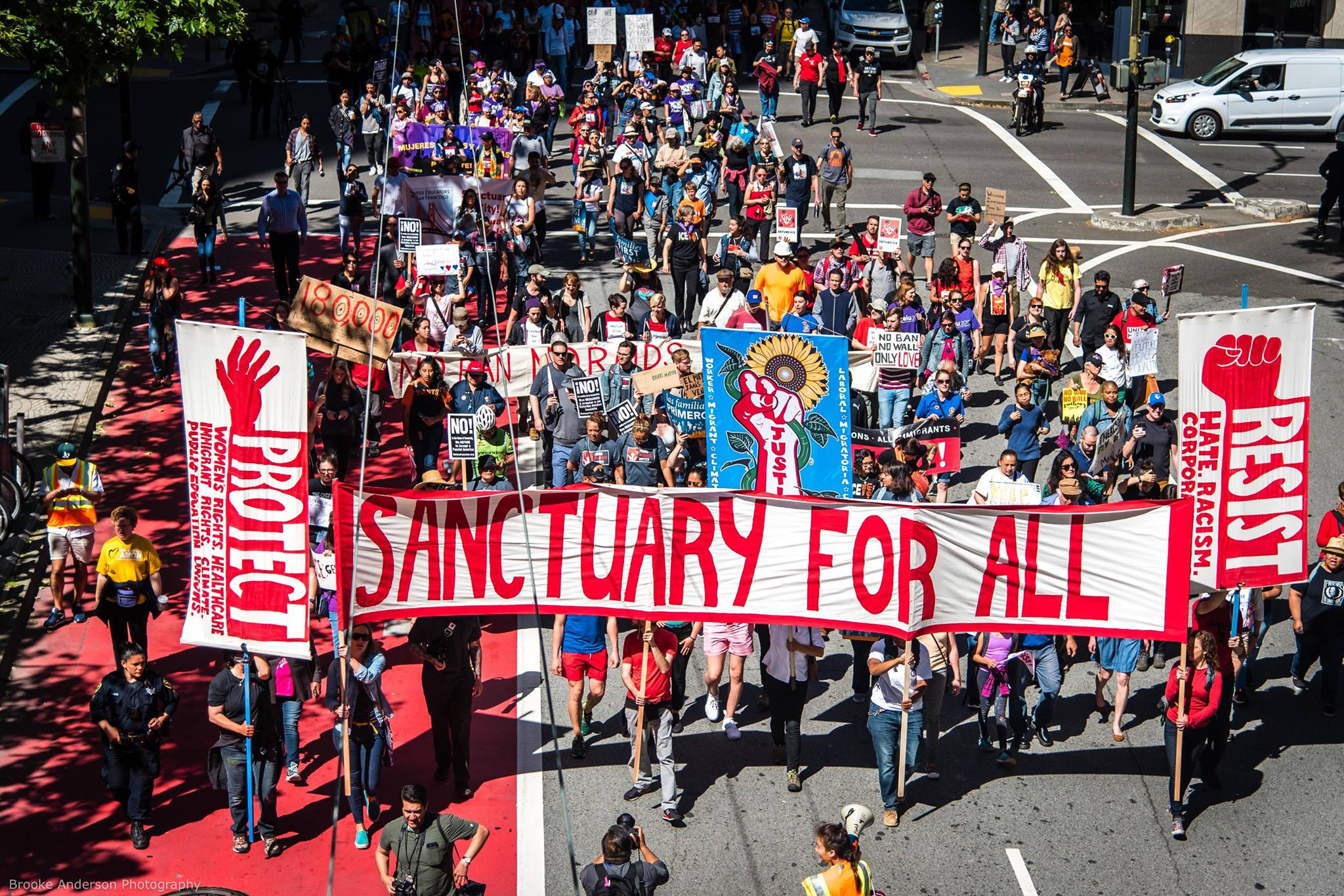 That’s why May Day is far from over. We will continue to organize, to push policies that protect immigrants & refugees,  that build civil liberties and fight mass incarceration.

We stand shoulder-to-shoulder, across movements, collaborating and mobilizing in a collective vision of justice, expanded sanctuary, worker rights, immigrant and refugee rights, climate justice and for the right to live fully and with dignity. Will you join us? We believe another world is possible. #ItTakesRoots  #BeyondtheMoment #NoBanNoWall #SanctuaryforAll 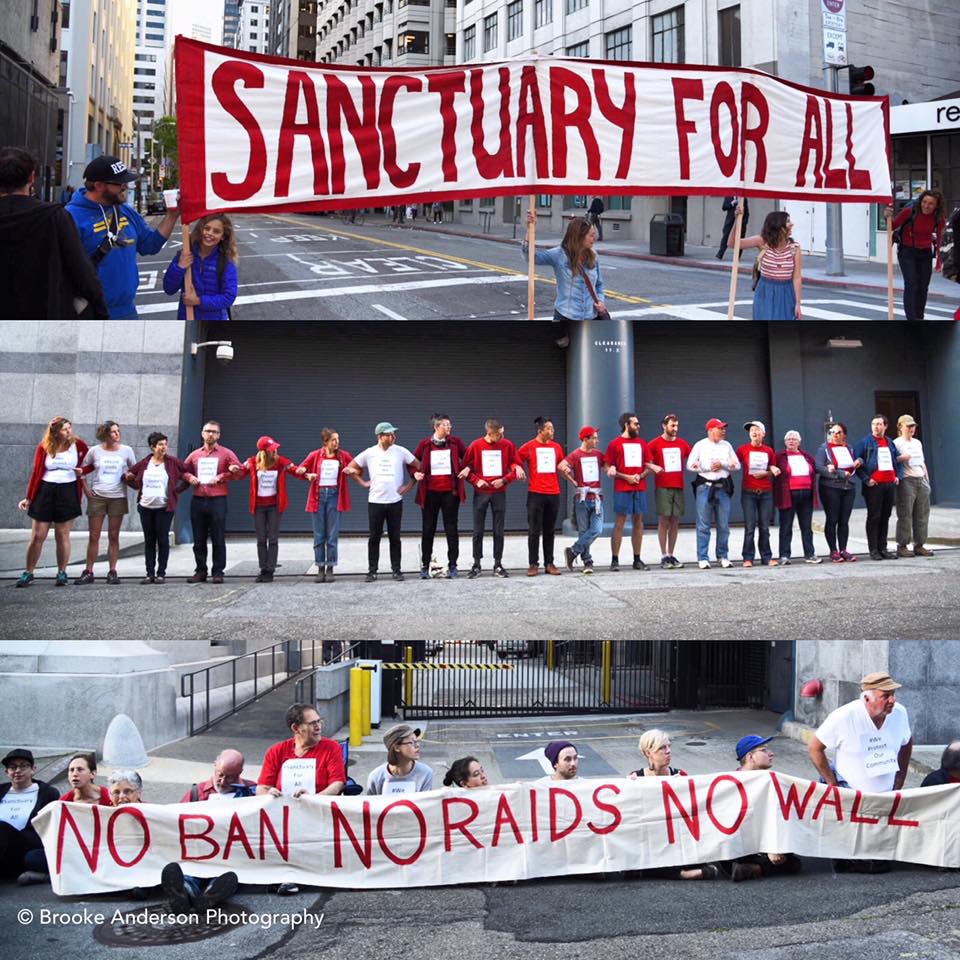