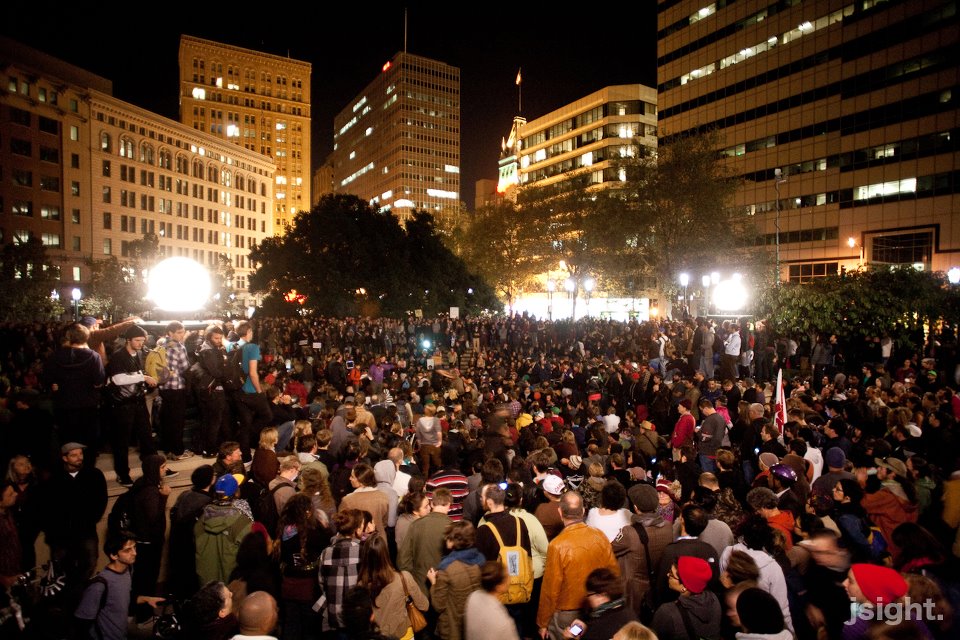 We are immeasurably inspired. The 99% have continued Occupy Oakland and protected Occupy San Francisco. After a devastating early morning raid and a night of police repression and brutality, our people did what they had to do: they returned to the site by the thousands. This time the police stood down. In a triumphant return to Oscar Grant / Frank Ogawa Plaza, 3,000 members of the 99% held their General Assembly. It was powerful. It was peaceful.  And it could not be stopped.

Across the Bay in San Francisco, over a thousand gathered to stop a planned raid ordered by Interim Mayor Ed Lee. Community organizations, labor unions and progressive members of the Board of Supervisors came down to defend the camp and risk arrest. Supporters from Occupy Oakland streamed across on BART to stand with SF. With hundreds picketing, chanting and rallying all through the night, the city wisely called the raid off.

Community organizations, labor, and faith leaders worked throughout the day yesterday, pushing the Mayors to back off and let the encampments continue and calling our people to come out and support. We told them the movement would not be deterred and the people would come back. This movement is now too big to fail.

If you haven’t already, sign the petition to permanently prevent the raid in SF.

Go visit your local encampment. Stay a while. Let’s find even more ways to connect Occupy, community organizing, labor, and all of the 99%, to keep this movement growing.