The tenants — who live in two separate units on the same property — have had to deal with such issues as having no hot water for two weeks, sending out misleading notices. and misinformation about their status as well as videotaping and late night visits. Currently Mustafa has no hot water nor a working stove. 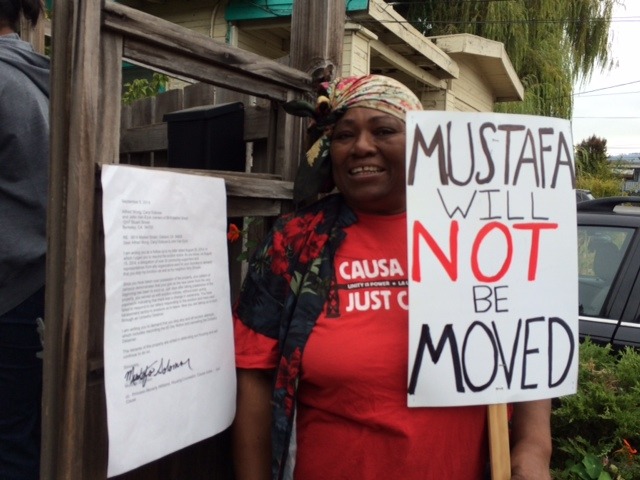 caused great distress on Mustafa’s family. After receiving a 60-Day Notice by five different parties claiming authority over the property, the landlord rescinded the notice only to send another one shortly thereafter. And now the landlord has filed an Unlawful Detainer against Mustafa and his family. 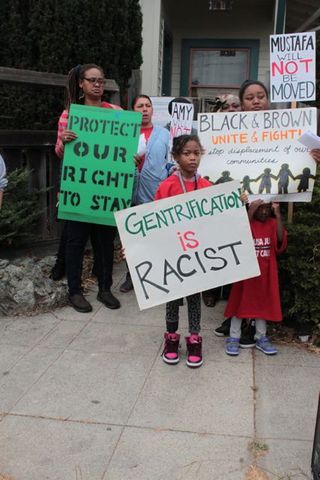 The potential of being evicted and leaving his neighborhood, would mean having to sever the strong ties Mustafa and Amy both have with their community and neighbors.