Weak laws for Oakland duplexes and triplexes have made them a favorite target for investors looking to flip buildings and exploit tenants. After Oakland passed Measure Y in 2018 and limited their ability evict tenants without Just Cause, some landlords have retaliated, with tenants reporting rent increases of over 300%. These unjust increases are technically “legal” because Oakland’s Rent Stabilization Ordinance allows for tenants in duplexes and triplexes to be stripped of rent stabilization if their landlord or landlord’s relative moves into a unit on their property. 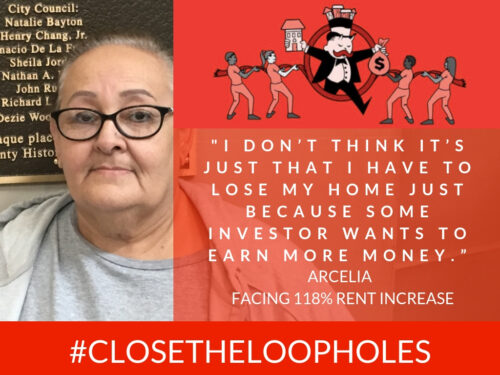 Arcelia was one such tenant to get a rent increase. She came into Causa Justa’s tenant rights clinic because her landlord, who had bought her property and moved into the unit next to her two years ago, had just issued her a 118% rent increase. For her and her husband, who live off of a fixed-income, the increase quickly became an eviction notice because they couldn’t pay the new rent.

Earlier this year, Arcelia joined other Oakland tenants, Causa Justa, and the Close the Loopholes Committee in demanding that city council close the loophole that had revoked her right to rent control after her landlord moved next door. See Arcelia’s powerful testimony here. Under Oakland law, tenants like Arcelia in 2-3 unit buildings loose rent-control two years after their landlord, or one of the owner’s relatives, moves into one of the other units on the property.

While Oakland City Council did not immediately remove the rent stabilization exemption, tenants in owner-occupied duplexes and triplexes did win an emergency moratorium on rent increases for tenants in these buildings. That moratorium, which temporarily has kept Arcelia in her home, is set to expire, and now it’s time to come out and demand City Council close the loophole for good.

We must defend and expand Oakland’s Rent Stabilized Housing 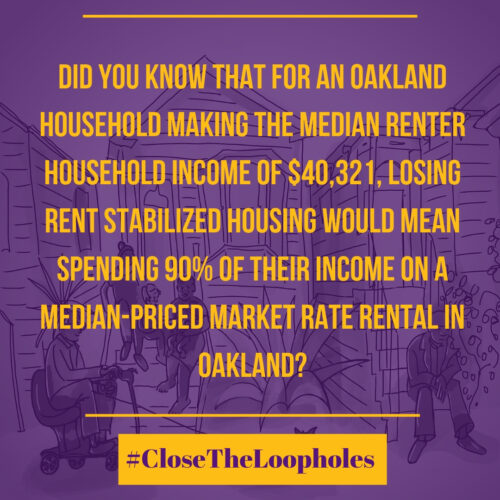 Oakland’s rent stabilization laws have proven to be one of our strongest and most cost-effective tools to keep people in their homes and fight displacement and the homelessness crisis. Oakland council members have the responsibility to act to preserve affordable housing in Oakland by voting yes to update the Rent Stabilization Ordinance.

About 56% of Oakland’s housing stock is rent stabilized. 62% of Oakland voters, as well as a majority in Alameda County voters, supported efforts to update and expand rent stabilization with Prop 10 in 2018. Rent stabilized housing is a dwindling community resource – aging housing stock, condo-conversions and exemptions like this loophole cause Oakland to lose an untold number of affordable rent-stabilized units every year.

Since this would make it next to impossible to qualify for an apartment, losing rent stabilization means being displaced out of the city or onto the streets.

These tenants can’t wait. Join us in demanding Oakland City Council take action against the housing affordability crisis and protect these tenants ability to stay in their homes.

The third and final vote will be 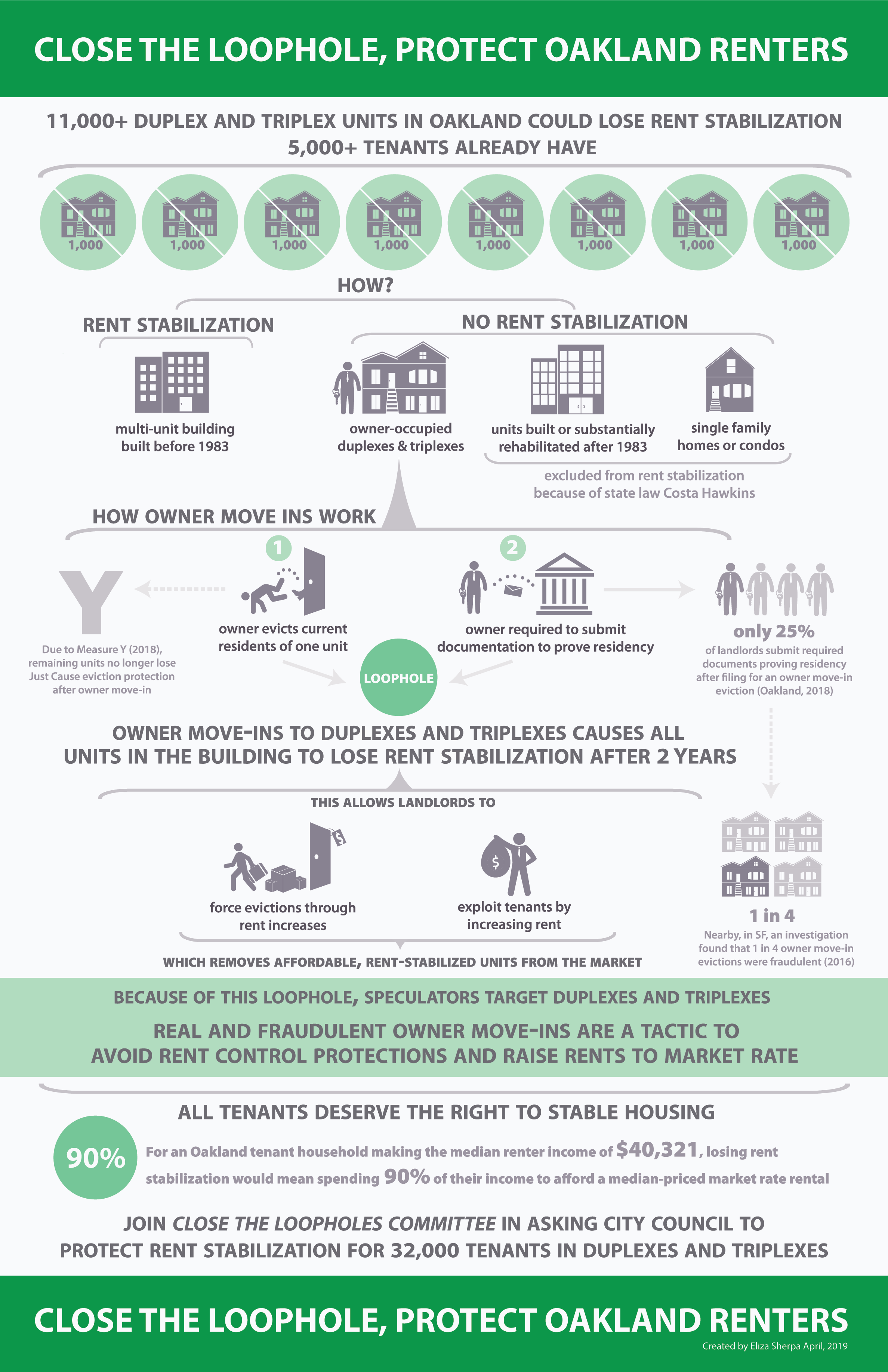