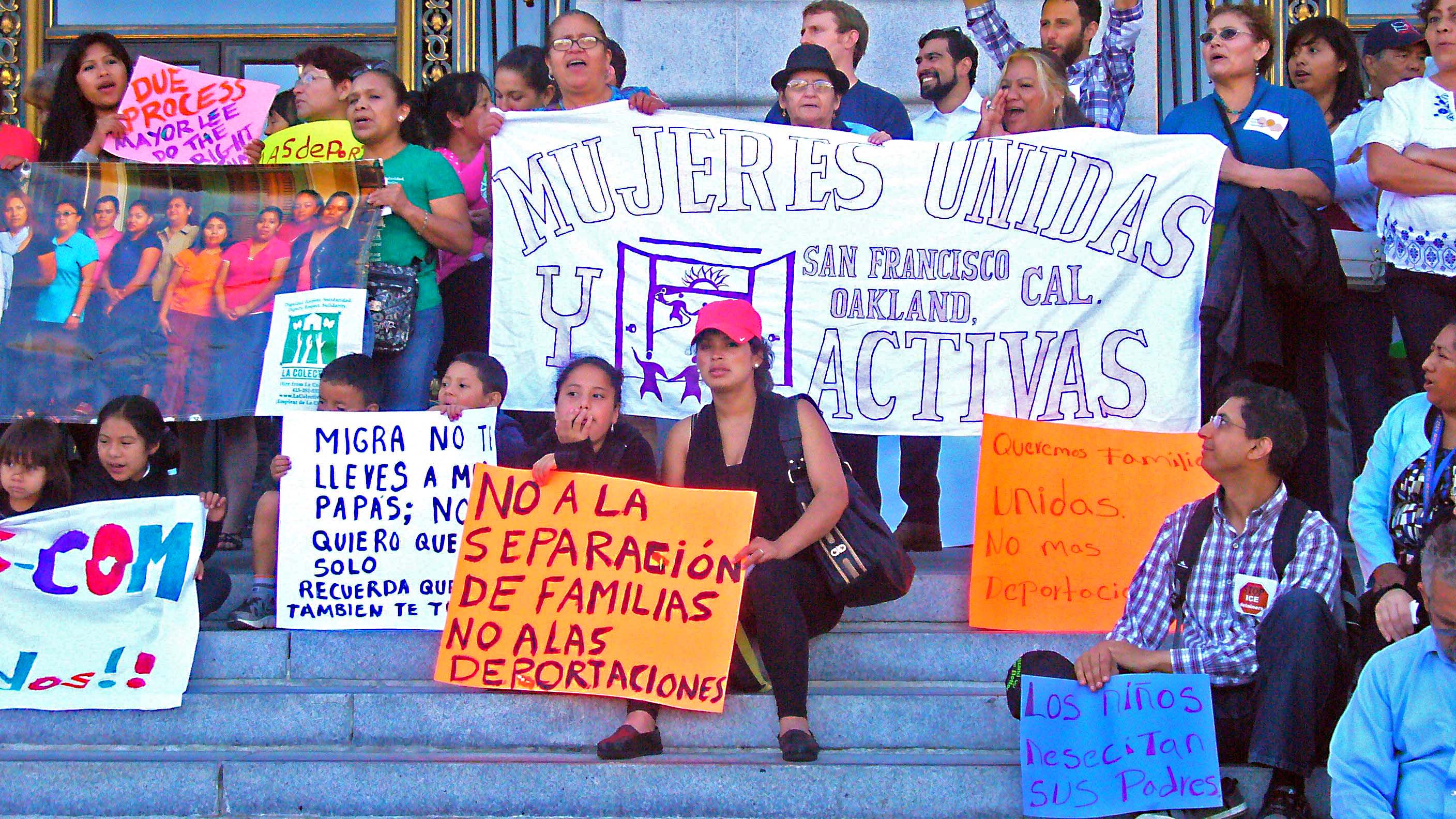 San Francisco – September 5, the SF Board of Supervisors’ Neighborhood Services and Safety Committee approved the broadly-supported Due Process ordinance by Sup. John Avalos (D-11) to end the city’s response to burdensome and likely unconstitutional immigration hold requests from federal authorities. The proposed bill now heads to the full board later this month.

Several community members told heartbreaking and compelling stories of calling police for help and then unjustified arrests by San Francisco police officers that resulted in extended detentions in the local jail and then transfered to ICE detention.

One woman told of being harassed by a man at a dance club in SF and then falsely accused of attacking him with a bottle which was later disproven. “Police arrested me and I didn’t even know why. I thought I was being taken in to declare as a witness what happened to me. Instead I was detained for four days. I thought I was going in front of a judge. I didn’t know my charges, Several days later I was turned over to ICE.  It has been very difficult for me and my kids. I didn’t know why I was there. I had the luck to finally be released on bail but how many do not make or have the resources for that and all of those families are still being separated?”

Following the hearing, scores of youth will lead a march in support of the ordinance, which would prevent the separation of hundreds of local families and enhance community confidence in local law enforcement.

Background: With support rolling in from labor, faith, and community organizations, the San Francisco School Board, and more, momentum is growing for the “Due Process for All Ordinance.”

The measure would heal the painful impacts of the discredited “Secure” Communities or S-Comm deportation program, which has roiled San Francisco for three years. The program has deported hundreds of local residents and created a chilling effect for witnesses and survivors of crimes who want to work with local law enforcement, but fear deportation.

Immigration hold requests, often triggered by S-Comm, have put even survivors of domestic violence at risk of deportation, undermining public safety by putting crime witnesses and survivors at risk of deportation. In fact, a recent University of Illinois at Chicago scientific survey of Latinos in four major cities highlights the growing damage caused by entangling local police and sheriffs with broken federal deportation policies. The study found that 70% of undocumented Latino immigrants are less likely to contact law

Numerous legal experts have confirmed that these requests to detain aspiring citizens in jail for extra time, at local expense, beyond the beyond they would otherwise be released, are fully optionally under federal law and even risk violating the constitution. US Citizens have also been mistakenly held.

The “Due Process for All” ordinance would bring San Francisco in line with the practices of Cook County, IL (Chicago), Santa Clara County, CA, Washington, DC, and Newark, NJ, none of which currently respond to ICE holds. Meanwhile, a bill advancing in California’s legislature, the TRUST Act, would set an important minimum standard limiting some harmful hold requests throughout the state.