Historic Vote for Due Process For All 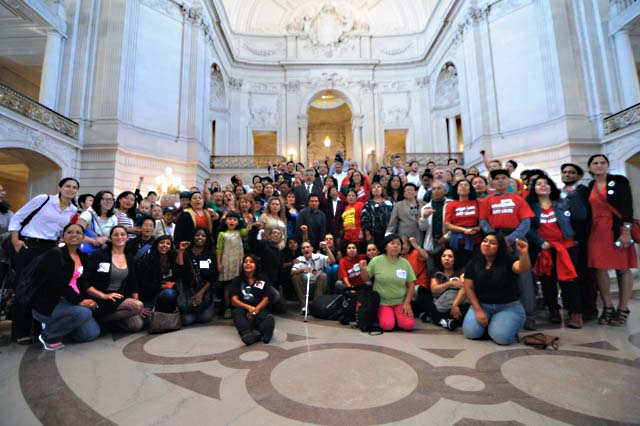 Tireless organizing and community presence helped fuel the Due Process for All ordinance approved today by the SF Board of Supervisors and introduced on July 23 by Supervisor John Avalos, with the co-sponsorship of seven other members of the Board. 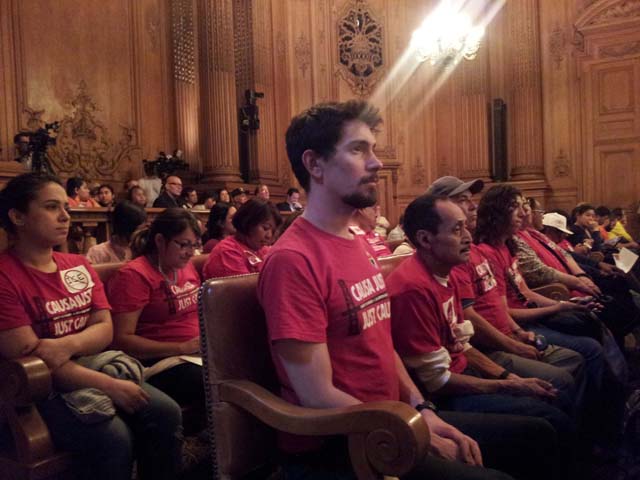 Organizers and advocates were successful in limiting the harmful impact of carve outs on community members.

“This is a huge victory and we are stronger than ever to continue fighting for justice,” said Cinthya Muñoz, CJJC’s Regional Lead Organizer for Immigrant Rights

Avalos told community members: “I don’t believe we are going to get everything we wanted but we would never have gotten as much as we are going to get without your great work. What we have come out of the this board of supervisors will be an example for the rest of this country.” 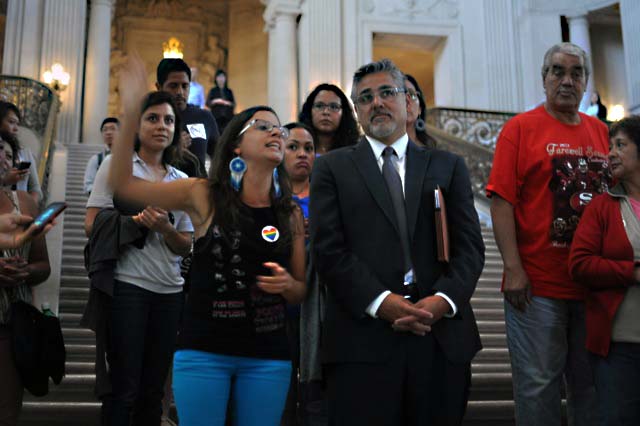 The “Due Process for All” ordinance brings San Francisco mostly in line with the practices of Cook County, IL (Chicago), Santa Clara County, CA, Washington, DC, and Newark, NJ, none of which currently respond to ICE holds.

Said Supervisor David Campos: “What we’re about to do here today is very historic. I want to begin by making clear what happens in this chamber is a victory for the immigrant community in San Francisco and for all communities in San Francisco.” 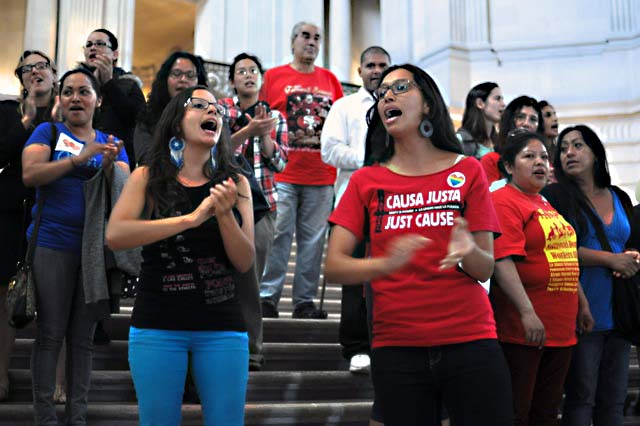 Last Tuesday, (Sept. 17), with over 300 community members in attendance, the Board continued its discussion of the “Due Process for All Ordinance” to this week’s meeting after some members discussed the possibility of introducing limited amendments to the groundbreaking policy.

Since that meeting, community organizations pushed and lobbied hard to uphold basic constitutional protections for all San Franciscans, urging the Board to respect the principles of equality under the law and the value of rehabilitation.

The ordinance will heal the painful impacts of the discredited “Secure” Communities or S-Comm deportation program, which has shaken San Francisco’s immigrant and advocate community for three years. 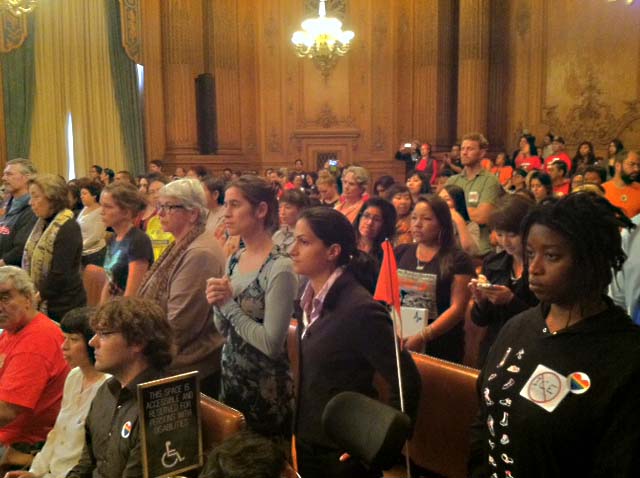 The program has separated hundreds of local families and created a chilling effect for witnesses and survivors of crimes who want to work with local law enforcement, but fear deportation.

Immigration hold requests, often triggered by S-Comm, have put even survivors of domestic violence at risk of deportation, undermining public safety by discouraging cooperation with law enforcement. For them, this ordinance is especially encouraging.

“Many people who are undocumented themselves who actually came (to testify), sin papeles, pero sin miedo (without papers but fearless) to be here knowing that speaking out is something that is really hard to do and creates greater scrutiny on oneself — but also sacrificing that because they’re not just working for themselves, but for the greater good. And I am very honored to be working with you in that process,” said Avalos. 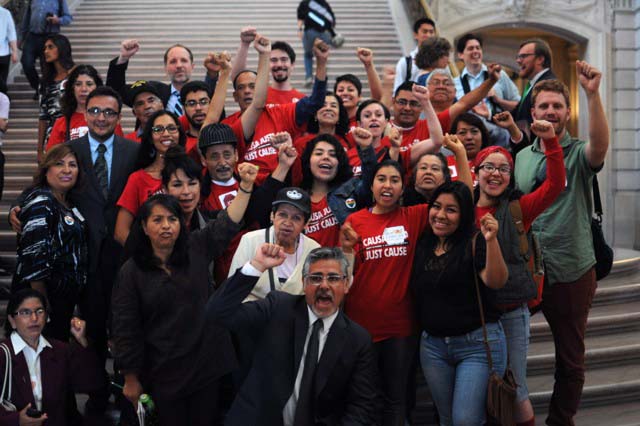 He added, “It’s a testament just how hardcore the community is to get this Due Process for All passed. It has been an honor to work on this legislation and will remember this for the rest of my life.”

Meanwhile, a bill currently on Governor Jerry Brown’s desk, the TRUST Act, would set an important minimum standard or “floor” to limit harmful hold requests throughout the state. Let’s hope for another victory.