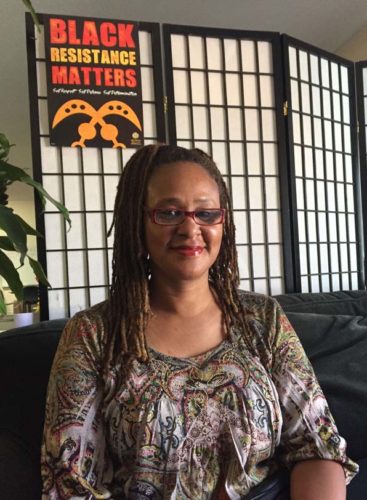 When this housing change came the game changed and the whole neighborhood changed.

I was displaced after living in the same house for 26 years.

The landlord decided he didn’t like my attitude and was going to evict me. I lived on 47th and West for 26 years in North Oakland. It’s a lot of gentrification on that block and all around that area.

I became one of the people that was to be booted out. So, I came here, after talking to a friend who referred me.

It seems the landlord had raised my rent all those years illegally because she never gave me a RAP notice therefore they did some adjustments and my rent was reduced for a year. Eventually however, they were able to evict me. Now my rent has gone from $550 to $985 for a one bedroom. I have found that now a 1-bedroom is now going for $1400.

I do not know how we are supposed to live with this current situation.

It is almost impossible to live on that amount today in 2015 in the Bay Area. All I can say is that I’ve been blessed. I have a roof over my head but I got gray hairs within those 2 ½ years of fighting a landlord that I was loyal to, never late on the rent, never missed rent. But when this housing change came the game changed and the whole neighborhood changed.