When and where: Wednesday, April 10 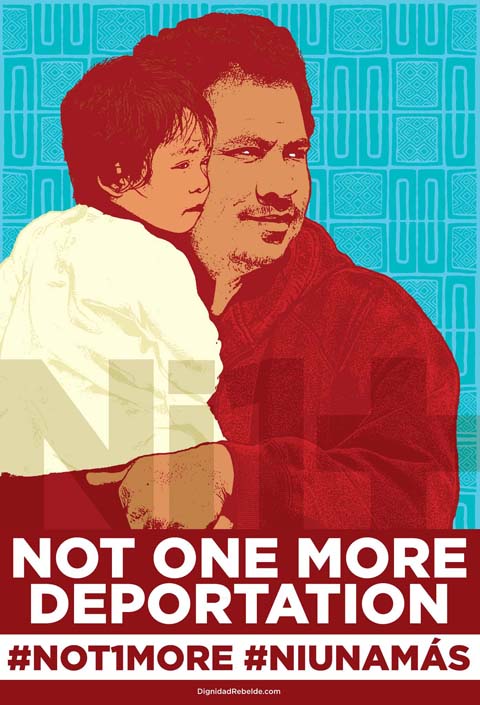 Participants will carry hundreds of hand-made paper flowers, which symbolize the approximately 1,000 people deported from the US every day, and create an altar with the flowers in front of the federal building.

What: On a massive national day of action for immigration reform – with events from Washington, DC to Los Angeles – hundreds will march from the San Francisco Office of Senator Dianne Feinstein to the old Federal Building.
Who: Religious leaders will kick off the program with an interfaith prayer; workers, students, and community members will also address the crowd – including people currently facing unjust deportation. The Brass Liberation Orchestra will accompany the march.

Students, workers, and community leaders are calling for inclusive reform that upholds the principle that “all are created equal” by creating an immigration process that keeps all families together, protects workers rights, ends painful deportations, and ensures civil and human rights protections.

The action comes on the heels of the TRUST Act (AB-4-Ammiano) being approved by  the Public Safety Committee in Sacramento yesterday, and the Asian Law Caucus, one of the bill’s sponsors,  filing a Freedom of Information lawsuit against Immigration and Customs Enforcement (ICE) for information as to whether ICE maneuvers last year helped defeat the TRUST Act veto Sept 12, by Gov. Brown. The bill would have limited entanglement between California law enforcement and immigration agencies.

To date, 93,500 Californians have been deported under the discredited “Secure Communities” program – most with minor convictions or none at all.

One community member Teodora Aparicio, who shared her story at yesterday’s Alameda County budget hearing to end ICE’s hold on our communities, will speak at the rally today. Here is her story.

Background: With unprecedented momentum and urgency for immigrant rights, Bay Area groups will join a national day of action April 10.  California, with the nation’s largest immigration population, has suffered the most from unjust detentions, deportations, and firings of aspiring citizens.

So students, workers, and community groups are calling on the state’s representatives in Washington, DC to champion policies that promote inclusion and participation over exclusion and division.