“We Have Dreams Too:” 250 Workers to Gather in Washington DC 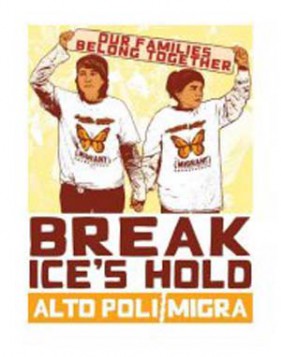 On Days of State of the Union and the First Senate Hearing on Immigration, Workers from Across Country Raise Voice for Relief and Inclusion in Reform

On the day of the President’s State of the Union address, reconstruction workers from post-Sandy New York, raided factory workers from Chicago, guestworkers from New Orleans, day laborers, domestic workers, and 250 other immigrant workers will gather in Washington for a two-day convening to address the impact of deportations and raise workers rights principles to be included in any immigration reform. Causa Justa :: Just Cause will be there too as part of the United Workers Congress.

The workers, many of whom themselves are in deportation proceedings, will learn from the recent experience of stopping the separation of Edi Armah from his family in Phoenix, Arizona. They will exchange experience in state-wide efforts to improve public safety by limiting the collaboration between local police and federal immigration enforcement and they will push for inclusive immigration reform that advances rights at the workplace instead of undermines them. These workers are being brought together by the United Workers Congress, a national alliance of independent worker organizations.

On February 13, the convening will move to the Capital where workers will attend the first Senate hearing on immigration, meet with officials, and announce their principles for reform.

The United Workers Congress (UWC) is a strategic alliance of workers that are either by law or by practice excluded from the right to organize in the United States.  UWC is comprised of national networks that represent a base of workers from different sectors such as guest workers, domestic workers, day laborers, restaurant workers, workfare workers, taxi drivers, farmworkers and formerly incarcerated workers. UWC is a project of Unity, an alliance of Grassroots Global Justice Alliance, Jobs with Justice, National Day Labor Organizing Network, National Domestic Worker Alliance, and Right to the City Alliance.