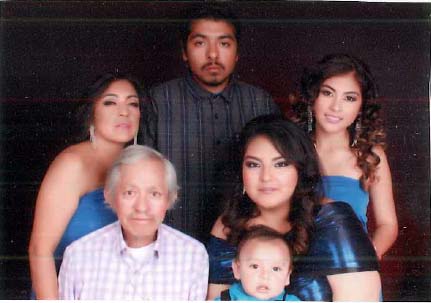 Ten tenants who live in a home in San Francisco’s Excelsior district could face life on the streets if they don’t get help soon.

Lilliana, and her family which includes three teenage children and a grandchild of 7 mos,  live in the 2-bedroom home that they share with another family- Berta, her husband and their two children, 6 and 9. 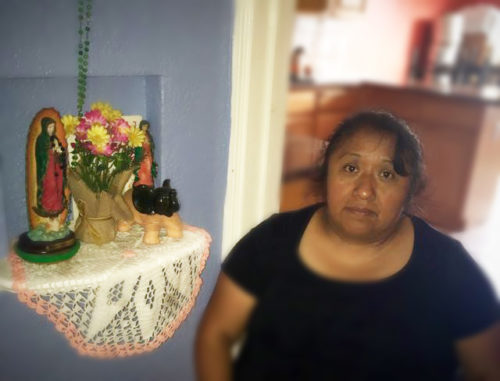 Berta, one of the tenants.

They are facing eviction because the homeowner was in foreclosure and didn’t let them know.

It turns out the owner lost the home in 2014 but rented to the families in 2015, collecting money from them all the while until her abrupt departure in the final days of July.

The next day someone came in to change the locks and was surprised the families were living there. The owner had assured the current owners that the home was not occupied.

Last week the families were served with a notice to vacate by the Sheriff Dept. After a flurry of calls to the Sheriff department, an agreement was reached to postpone the eviction. Now, a new deadline for eviction by Sheriff has arrived and it may take place tomorrow.

Lilliana and her family share the two bedrooms. The living room has been converted into a separate living space where Berta’s family of four lives.

Former landlord Maria Sosa rented to the families for $2500 plus $350 utilities each month, but she failed to disclose that her property was in foreclosure. Now they have to leave, the landlord has disappeared, and DFI Funding, a private mortgage banker is knocking on their door. The company has already listed the home on a several selling sites — for almost $1-milli 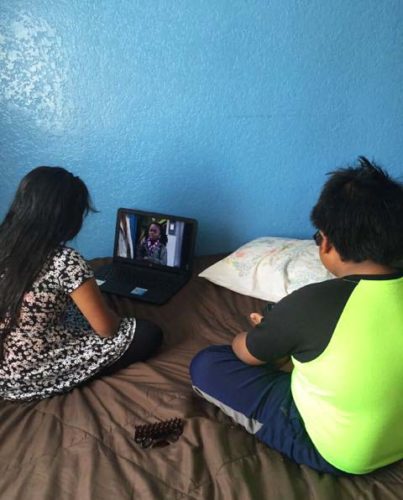 Attempts to work with the banker to extend time for the families to find housing have fallen flat.

“We don’t know where to go,” says Lilliana. “We desperately need a refuge, we have a 7-month old infant.”

“We are on waiting lists, we have put in applications for housing for low-income families, we are on everywhere, we’ve gone to shelters and they are full,” says Berta.

She adds, “My hope is that we find something stable for my kids, more than anything. The most important thing to me are my children. They come to me asking, mom, we don’t want to leave, please do whatever it takes.”

To help these families, contact Diana Alonzo at Causa Justa at Diana.alonzo@cjjc.org