After years of community organizing, the militarized training program Urban Shield has been stripped of funding and will end after next year.

The end of Urban Shield is a monumental victory and testament to a vision of Community Defense beyond policing. It also opens up a potential pool of funding from the Department of Homeland Security that we must prevent from going towards similar programs or a reconstituted Urban Shield in the future.

The pushback against Urban Shield was intense and organized. Many meetings, rallies, actions and letter writing campaigns drew attention to the violence Urban Shield perpetuates in our communities. 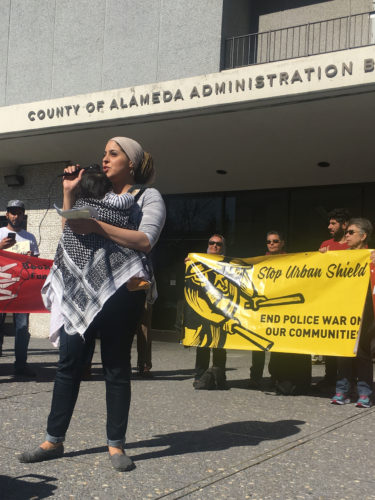 On March 27, CJJC, along with the Stop Urban Shield Coalition and hundreds of community members packed the Alameda County Board of Supervisors meeting to demand an end to Urban Shield, the largest SWAT training program in the world.

In response to hours of public testimony, 4 out of 5 Supervisors voted to end the program. After September’s already planned Urban Shield 2018, the program will no longer be able to train emergency responders and local law enforcement officers to observe our movements for social change, our family members with mental health issues and our Black and Brown communities as enemy combatants.

Started in 2007 by Sheriff Ahern, Urban Shield is antithetical to the type of natural disaster preparedness and Community Defense our communities need to stay safe.

At a press conference before the event, Causa Justa Immigrant Rights Organizer, Lucas Solorzano spoke out on how Alameda County claims to be a Sanctuary County, but Urban Shield “is actively participating in training the very departments that are leading immigration raids in Alameda County.”

Ghost Ship Warehouse Fire survivor Nihar Bhatt spoke with outrage and disgust about how tragedies in our are communities are appropriated to justify the continuation of Urban Shield while other programs that do not depend on militarized policing are defunded.

Urban Shield has “actually stolen [the] mandate for responding to disasters, and the funding for it, from organizations that are actually far more prepared, that have been doing this for years, and that fundamentally organize around preparing people for disaster response,” said Bhatt.

We must continue our vigilance against Urban Shield 2018 and all forms of state violence against our communities, but now, we rejoice! 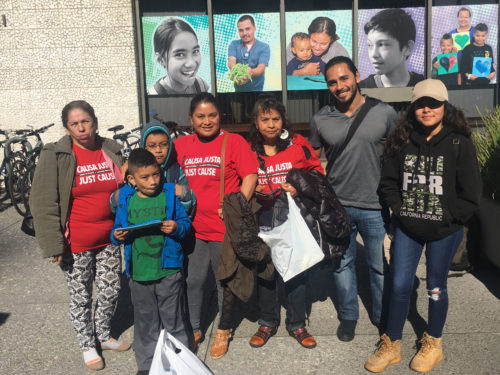