Victory for the Alvarez Family 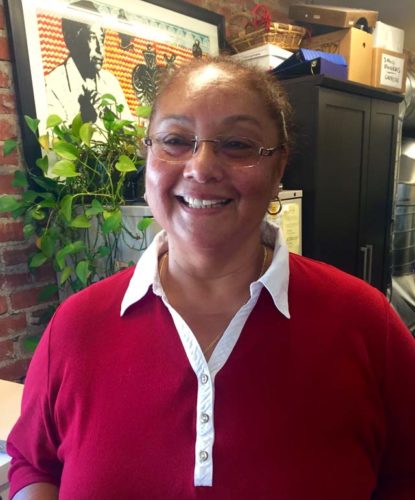 We are always excited to share our tenant victories with you.

Margarita Alvarez came into our offices the week of August 15 to let us know she won her housing case! Here’s the backstory: Margarita came to our offices in January 2016 after receiving an invalid 60-Day Notice of Termination of Tenancy for late payment of rent.

“I came into Causa Justa. I was scared and depressed, I thought the landlord was going to throw us out.”

Margarita and the landlord had come to a mutual written agreement to have rent paid in 2 separate payments but the landlord later alleged late payment.

“I came into Causa Justa. I was scared and depressed, I thought the landlord was going to throw us out. Leticia –the counselor who helped me looked at the letter and informed me that the eviction letter was illegal.

Says Margarita, “We are all in a time of crisis here in the Bay Area. Tenants really do need a lot of support now.

A second 60-Day Notice was issued in March. Margarita’s case ended up going to an Unlawful Detainer status in May, giving her five days to move.  At that point her case was referred to the Eviction Defense Collaborative to support Margarita in defending her tenancy in court.

On  August 15, Margarita came into the clinic, exuberant, letting us know that she had won her case–she and the landlord had come to an agreement in which Margarita would pay her rent at the beginning of the month and no rent increase would be issued—the landlord decided that she did not want to go to trial.

Margarita and her family including her elderly mother, have lived in the single family home for 15 years and this is a big win.

“You can’t imagine… I’m so happy, just happy. It is so hard to find housing now and so expensive. We knew we wouldn’t be able to pay current rents now. My mother was very worried, she’s 87 years old, she was asking us ‘where will we go? How will we survive? This is a great victory! Thank you Causa Justa!

Here’s to one more family staying housed in San Francisco!! Why? Because #HousingisaHumanRight