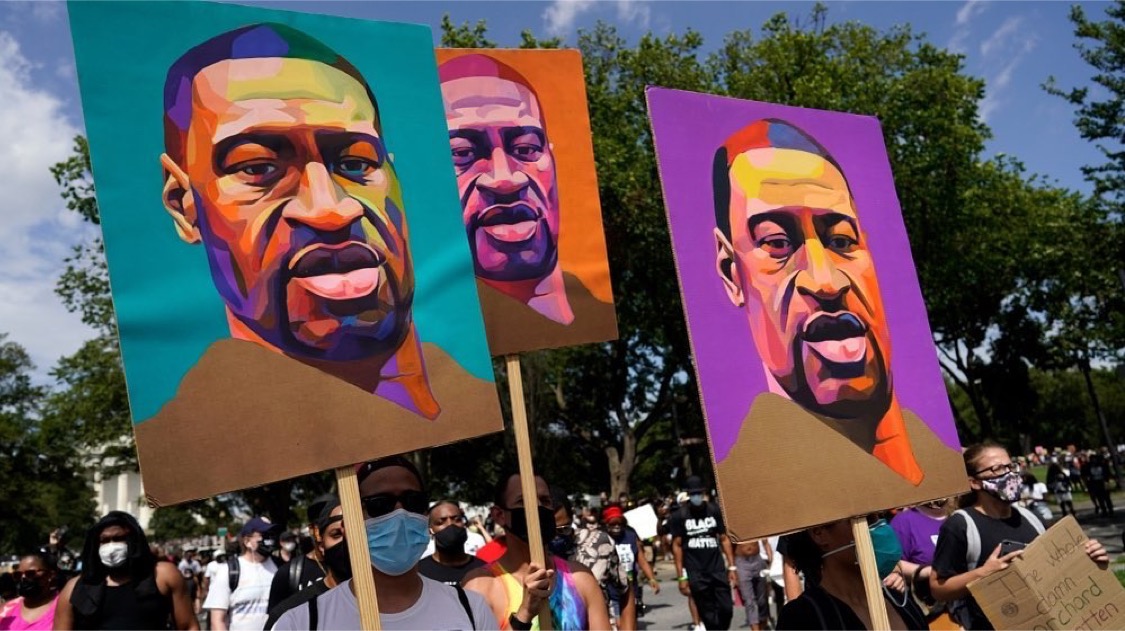 Police Officer Derek Chauvin, who killed George Floyd with his knee on his neck last summer, has been found guilty of murder. It is the first time in Minnesota history that a white police officer has been charged for killing a Black man.

With this conviction, we draw a collective breath. We use it to send love to George Floyd’s family. We use it to recommit ourselves to ending state-sanctioned violence against our communities.

We commit our breath to this movement because we envision a different future for our people. We do it because we cannot breathe life back into George Floyd, Sandra Bland, Oscar Grant, Luis Góngora Pat, Breonna Taylor, and countless others who have been stolen from us.

When millions of Black and Brown people took to the streets to protest police violence last year, we did it because we didn’t need to wait for a verdict to indict this racist system. Our lived experiences were the evidence.

The prosecution tried to tell us this was only about one killer cop, but we know this whole system is guilty. This verdict is not an example of a just system acting as it should, it is the result of an unjust system being forced to reckon with our collective power and refusal to forget.

And yet, the threat of a conviction was not enough to stop the police from killing an average of 3+ people a day during the trial. At least half of those killed were Black and Brown, including Adam Toledo, 13, and 20-year-old Duante Wright, who was killed only ten miles away from the trial.  Even as the jury was deliberating, police killed 15-year-old Ma’Khia Bryant in Ohio after she called them for help.

This verdict alone will not keep us safe. We cannot allow it to be used as an opportunity for the system to pat itself on the back while deploying the national guard and doubling down on laws that criminalize our right to protest. We must continue to organize. This is consequences, not justice. Not yet.

Justice looks like defunding the police and demilitarizing our communities. Like #HomesForAll. Like funding for mental health. Schools, not prisons. It looks like community control over the resources and decision-making we need to meaningfully invest in our communities. Our safety lies in and depends on us.