We should do this more often 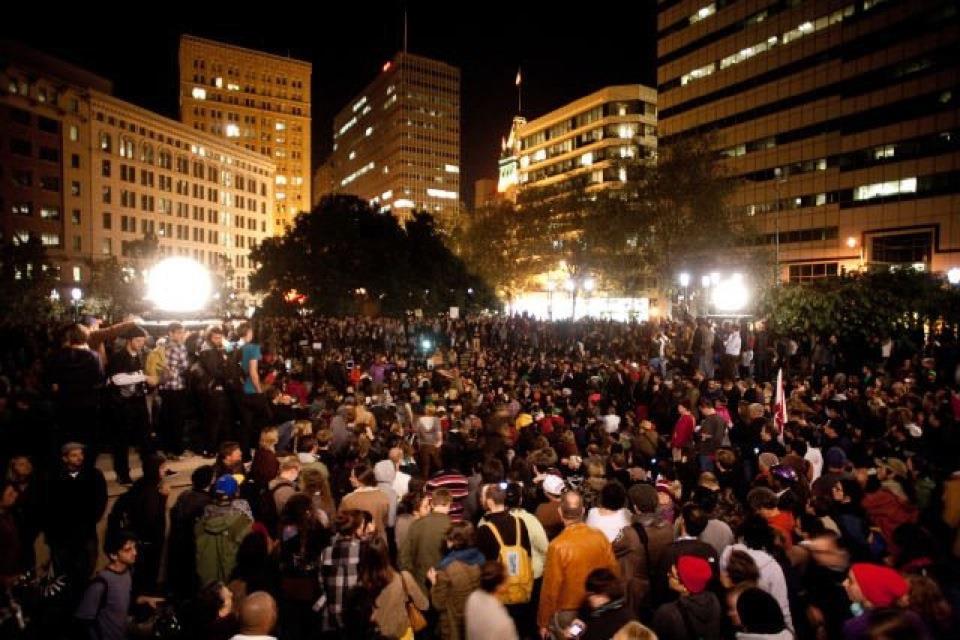 Yesterday, 50,000 people participated in the mobilizations throughout the day and night, shutting down every corporate bank in downtown Oakland as well as the 5th largest Port in the nation.  We called for taxation and accountability from big banks, and demanded investment in schools, services, healthcare, and housing.  Movement veterans are calling this the largest mobilization in the Bay Area since the Vietnam War, young people are helping lead the way, and consensus throughout the movement is that we should do this more often.

We at Causa Justa :: Just Cause are honored to have helped organize major actions at the General Strike and Mass Day of Action, mobilizing along with thousands of others to make history.  At least four corporate banks were subject to “foreclosure” by the 99%, inspired and led by Black and Latino families fighting to save their homes from foreclosure.  Check out this national coverage from ABC National News highlighting some of our CJJC crew.

The Bay Area has become an epicenter of the Occupy movement’s demands for economic justice. California has the most billionaires of any state in the country, and half of them live in the Bay Area. From where we stand, it’s clear that the problem is not one of lacking wealth, but a problem of distribution.  No one can testify better to this than one of the many homeless families living at Frank Ogawa/Oscar Grant plaza.

The movement momentum continues. Hundreds headed to downtown Oakland today, with trash bags, brooms, and dustpans, ready to clean and care for Occupy Oakland.  And hundreds more are expected at tonight’s City Council meeting where a resolution in support of Occupy will be considered.

If you are in Oakland, please attend the City Council meeting this evening (Thursday), 5:30pm at City Council chambers. A resolution will be debated to support the Occupy movement and to protect the encampment from further police abuse and raids. It is important that every day Oakland residents who care about this movement are heard. If you cannot attend,  email or call your councilmember to voice your support.