West Oakland Specific Plan is NO Plan For Us 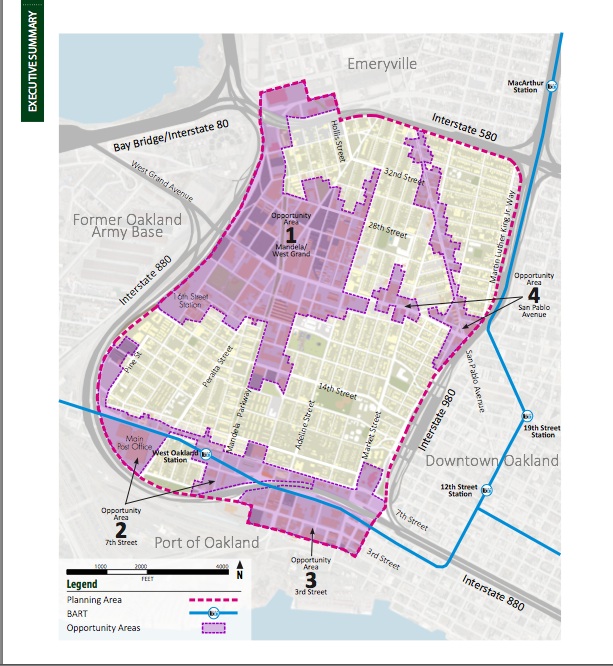 The West Oakland Specific Plan (W.O.S.P.) is a zoning plan that is an example of development WITH displacement. It makes no effort to mitigate the impacts of gentrification and instead opens up the neighborhood even more for investment opportunities. There are even parts of the plan that specifically state that displacement will occur and that West Oakland is hampered by its concentration of low-income people.

WHO:  Community residents and organizations, Causa Justa :: Just Cause, and others
Residents will march on Wednesday (June 11) from Defremary Park at 18th and Adeline, West Oakland in West Oakland to City Hall to tell the Planning Commission not to adopt the West Oakland Specific Plan (WOSP).

Read more about the plan HERE,  by Advance the Struggle. RSVP for the march HERE

Community opposition to the plan has been growing over the last several months as it has become clear that there are few measures included that would help keep current residents in the neighborhood, such as protections for renters, preservation of land for low-income housing and community use, significant affordable housing requirements, or community control over development decisions.

A report recently released by Causa Justa::Just Cause, outlines the causes of gentrification in the Bay Area as well as a number of recommendations for how local governments can slow, prevent and reverse it. The report is available for download here.