In July, the Malcolm X Grassroots Movement (MXGM) issued a study titled, “Every 36 Hours: Report on the Extrajudicial Killings of Black People by Police, Security Guards or Self-Appointed Law Enforcers.”

“Every 36 Hours” documents the police killing of 110 Black people between January  – June 30, 2012.  This is only the tip of the iceberg, given that the methodology used in developing the report focused primarily on major metropolitan areas and mid-sized cities. If smaller towns and suburban areas were included in the study, the numbers would likely increase. Further still, we fear that given the current climate of xenophobia and racial hostility, that the numbers of those murdered from other disenfranchised communities, particularly Latinos and immigrants, will equal, if not exceed those of Blacks. 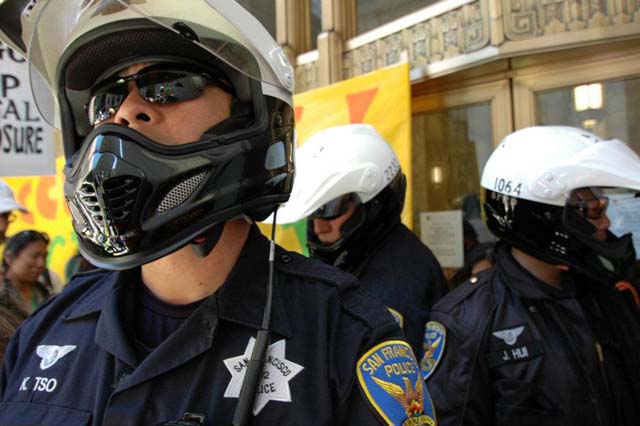 Unfortunately, police brutality and murder are nothing new to Black, Latino, and Indigenous communities, as the killings in Anaheim and Dallas clearly illustrate. Nor are periods of intense racially motivated repression and the pursuit of deconstructive public policy targeting the human rights and civil liberties of these communities. Two notable periods of reaction that are quite instructive, include the period of deconstruction from the 1870’s to the early 1890’s that witnessed the institutionalization of Jim Crow apartheid, and the 1970’s and 80’s which witnessed massive resistance to the gains of the Civil Rights and Workers’ Movements.

The current question is how can this carnage be stopped and stopped for good? Again, history is instructive. What history clearly demonstrates is that institutional racism and other forms of systemic violence, such as racial profiling and extrajudicial killings, are only curtailed when there are mass peoples’ and social movements that challenge the structural and institutional foundations that rationalize and enable these repressive systems and policies with a broad range of strategies and tactics. As our report clearly illustrates, we are in desperate need of similar social movements now.

“Unfortunately, police brutality and murder are nothing new to Black, Latino, and Indigenous communities, as the killings in Anaheim and Dallas clearly illustrate.” -Malcolm X Grassroots Movement

In the effort to help build these movements, the Malcolm X Grassroots Movement, is calling for a broad alliance of Blacks, Indigenous peoples, Latinos, Arabs, Asians, and progressive whites that will challenge the various forms of state repression, including racial profiling, extrajudicial killing, mass incarceration, mass deportation, economic exploitation and various forms of displacement. To give focus to this unity building effort and confront the structural and institutional foundations of racial discrimination, the Malcolm X Grassroots Movement is demanding that the federal government institute and enforce a National Plan of Action for Racial Justice and Self-Determination that is produced by this social movement.

Organizations and individuals who share this vision are encouraged to read MXGM’s report at //mxgm.org/report-on-the-extrajudicial-killings-of-110-black-people/ and join in the effort of organizing for and demanding a National Plan of Action for Racial Justice at //www.ushrnetwork.org/content/webform/trayvon-martin-petition.  To learn more about the “No More Trayvon Martins” Campaign initiated by the Malcolm X Grassroots Movement and how you or your organization can join and support the campaign, please contact Kamau Franklin at kamauadeabiodun@yahoo.com.