S-Comm: A New Attack On Immigrants 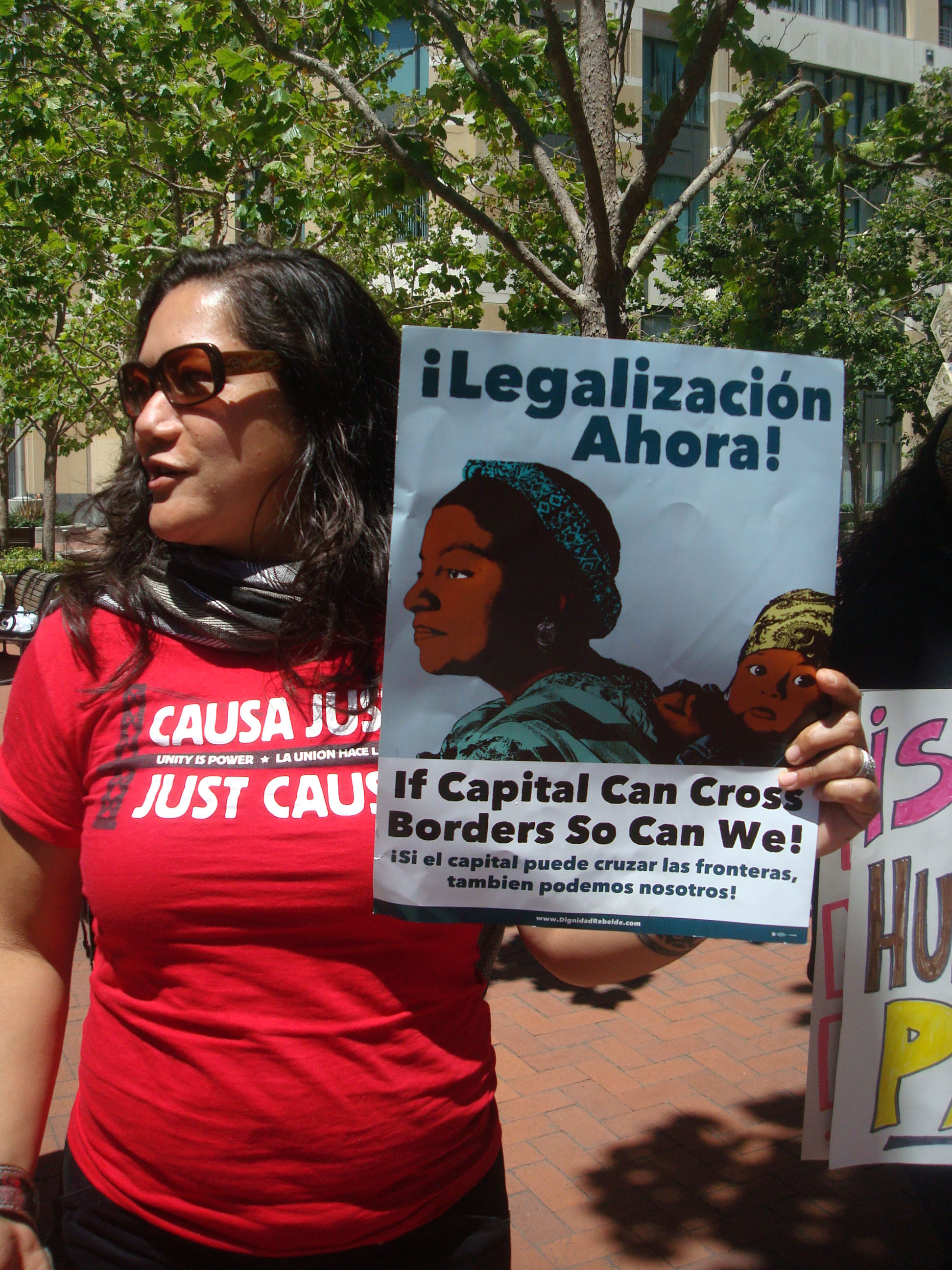 Angelica is crying. She’s remembering when police stopped her husband while he was driving in a Bay Area city. It seemed like a random stop — perhaps a rosary hanging from the rear view mirror, maybe a drive through a yellow light. Pick a reason. They took him into custody at Santa Rita jail, where his fingerprints where checked against Immigration and Customs Enforcement’s database. Angelica said that because he had a previous DUI (Driving Under the Influence) charge, or, a minor criminal conviction, a hold was issued for him. Immigration and Customs Enforcement (ICE) officers picked him up. He was deported.

“There has been a significant increase in the number of folks who have been deported recently over minor infractions, sometimes not even misdemeanors… Often they are arrested on alleged crimes, their fingerprints are run through the system, ICE puts a detainer on them, the police holds that person, the person gets picked up by ICE and deported or sent to a detention center. In most cases these people are never charged or found guilty, most never even see a judge,” explained Cinthya Muñoz Ramos, immigrant rights organizer for Causa Justa :: Just Cause.

The program that is causing all this to happen is the “Secure Communities” program which all local governments are required to participate in by the federal government. Due to the dramatic impact the program has had on communities, advocates and organizers have been trying to get more information about how S-Comm has been affecting our communities.

By pursuing a Freedom of Information Act request and subsequent lawsuits, immigrant and civil rights organizations like the Center for Constitutional Rights, secured information that showed “that the vast majority (79 percent) of people deported due to S-Comm are not criminals or, were picked up for lower offenses.”

By their own records, ICE estimates that 28 percent of the people they have deported through S-Comm are non-criminals. In Alameda County alone 40.48 percent of everyone deported to date under S-Comm had no previous criminal records and approximately 20% of additional people deported had the lowest level of misdemeanor charge.

The onslaught of policies targeting immigrants is extreme. Recently at a policing and immigration community forum in Oakland, sponsored by the “No S-Comm in Alameda County Coalition”, local residents strategized over ways to deal with what they say is an increasing level of racial profiling by law enforcement in the Bay Area and its links to ICE. S-Comm discourages undocumented immigrants from reporting crimes and dissolves the little trust factor there is with police.

The impact of the program is very apparent here in the Bay Area. The initiative makes state and local police an arm of federal immigration enforcement. Under the S-Comm program, the fingerprints of anyone detained by police or sheriff deputies can be checked against the Dept. of Homeland security records to find out if there has been a criminal conviction. Immigration authorities are then notified when there is a match. It targets detainees for deportation and detention even if their criminal charges are minor, eventually dismissed, or the result of unlawful arrest.

In February, Assemblyman Tom Ammiano introduced a bill in the State Assembly that would allow counties to not participate in the S-COMM program. On April 26, a contingent is headed to Sacramento to be present at a hearing about the proposed bill before the Safety Committee of the State Assembly.

“Race is at the core of it. If in fact we can racially profile people, we can say that they don’t count. We need to have different solutions that make people count in our community, said Gina Acebo, of the Applied Research Center in Oakland, who attended the forum. “Penalizing them, doing a dragnet on them, having double jeopardy on them as a way to put fear in our communities is not a real way to build community. We have to have better solutions than that.”

Said Muñoz Ramos, “This is just another way to continue to deport people and not necessarily have anyone be any more “secure”.

To see more statistics about S-Comm go to //ndlon.org/pdf/scommfeb/. If you are interested in fighting to keep S-Comm out of you city and community please contact Cinthya Muñoz Ramos at (510) 763-5877 extension 208 or email cinthya@cjjc.org.