ANOTHER STEP TOWARDS JUSTICE 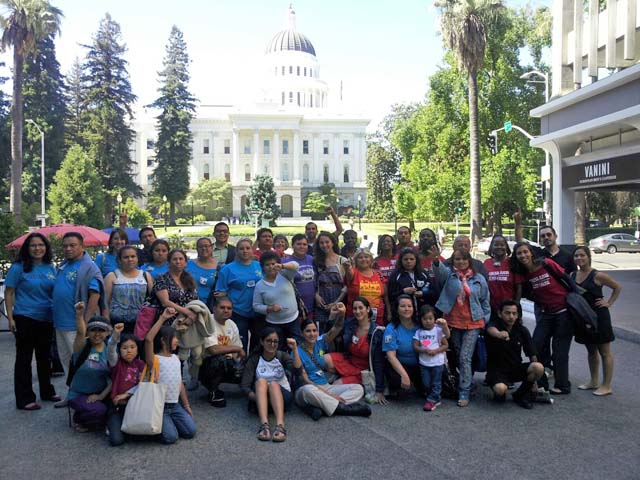 The Senate Public Safety Committee approved by a vote of 5-2, the new version of the TRUST Act, (AB1081) which was introduced by Assemblymember Tom Ammiano.

Causa Justa and scores of other allies including Mujeres Unidas y Activas, Grayton Day Labor Center, North Bay Organizing Project and CARECEN, the Asian Law Caucus, all went to Sacramento today to urge lawmakers to approve the TRUST Act, which was voted on and approved by the California Senate Public Safety Committee today.

Said Assemblymember Tom Ammiano. “… Today’s vote recognizes that S-Comm is sabotaging our public safety. The TRUST Act is the solution we need to begin rebuilding the confidence that our local law enforcement worked so hard to build, but that ICE has shattered.”

TRUST Act 2.0 would restrict who law enforcement agencies can hold for deportation at the request of immigration agents. If the bill is enacted it will change California’s participation in the draconian Secure Communities program. The bill heads to the Senate Appropriations Committee for consideration.  So far 72,694 Californians have been deported by the S-Comm program.

Last year the Trust Act 1.0 was set to become law but everything shifted after ICE changed its rules and forced the state to take part in the “Secure” Communities deportation program. As a result, Assemblymember Tom Ammiano introduced a new TRUST Act to add safeguards to ICE’s misguided S-Comm program, protecting our rights and ensuring our state doesn’t go the way of Arizona.

Here’s some of the coverage compiled by one of our allies, California Immigrant Policy Center