This week, Monday, May 21, hundreds of immigrants and immigrant rights advocates from across California came to  Sacramento to encourage lawmakers to approve  legislation that supports immigrant workers and their families. 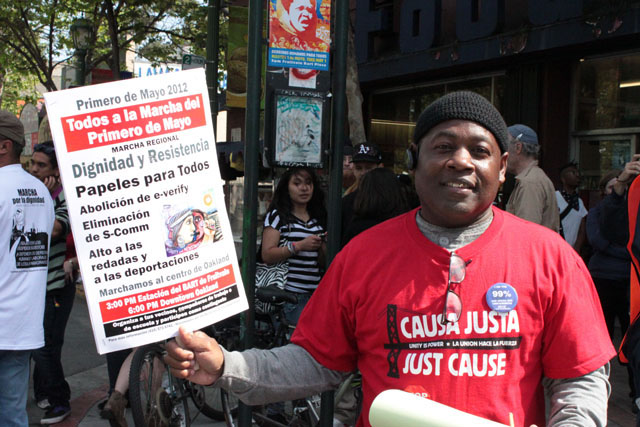 In 2011, the state passed landmark legislation benefiting immigrant communities, ranging from providing undocumented students financial assistance to changes in car impoundment policies. This show of civic engagement at the state level is important to our state as our national election nears. 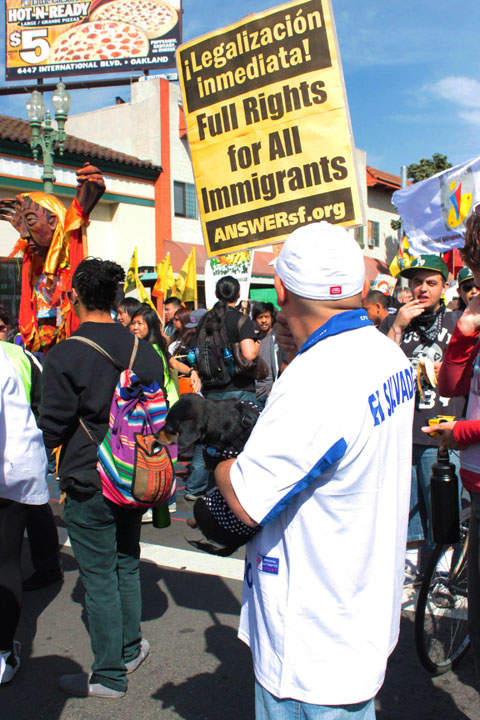 The Trust Act would restore some balance to the impacts of the repressive dragnet of the deportation program S-Comm by limiting in California what ICE holds are honored by local police. Potentially avoiding situations like the Vista, San Diego County father of five, Alfonso Martinez Sanchez, 39 who had gone to the market to buy milk, ended up being deported, and then died in the desert trying to get back to his family.

According to the family, the store clerk, a friend of Martinez asked whether Martinez could mind the store while he dealt with an emergency.

A deputy who went to the store to deliver new synthetic drug regulatons encounted Martinez. He signed for the letter as an employee of the store and the deputy asked to see his ID. The deputy called Border Patrol when Martinez showed a Mexican ID card. Martinez was  deported. He tried several times to cross the border but kept getting arrested. On his final try April 20, he paid a smuggler to bring him across. After a full day of walking across the desert he collapsed.

To read more of this compelling and tragic story click here.

“We are confident all the work immigrant communities are doing by stepping up and telling their stories, organizing in their communities to push back against S-Comm and coming to Sacramento to encourage lawmakers to do the right thing, will pay off in the form of the Trust Act passing and being signed by Gov. Brown, and ultimately prevent tragic cases like the one described above, from happening.” says Cinthya Muñoz Ramos,” Immigrant Rights Organizer for Causa Justa :: Just Cause.