We Are Stronger Than We Were Yesterday 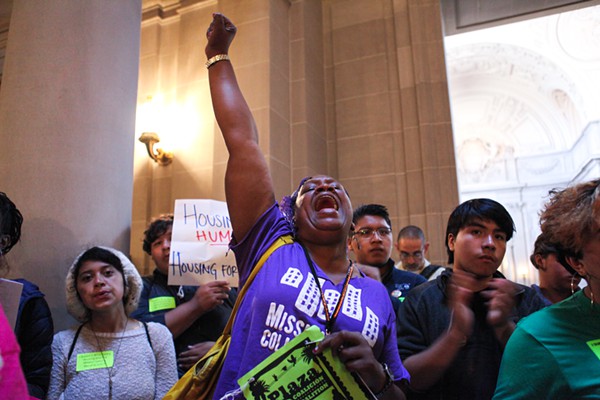 Gabrielle Lurie/Special to The Examiner

Something amazing happened at SF City Hall on Tuesday, June 2. It wasn’t just about the hundreds of people who showed up to urge city supervisors to approve the moratorium, or the compelling stories that filled the chamber, it was about a real sense of a united movement fighting like hell to stay in the city they love.  “They want to bury us. They do not know that we are seeds,” said one youth in Spanish.

From 2pm to midnight over 800 people came to SF City Hall, taking time off from their jobs, from school, and from other commitments to give public testimony and support for a moratorium on luxury housing in the Mission District. Although the measure – introduced by Sup. Campos did not pass (7-4) it was a testimony to the tenacity and heart of Mission district residents and supporters from throughout the city in an incredible turnout. 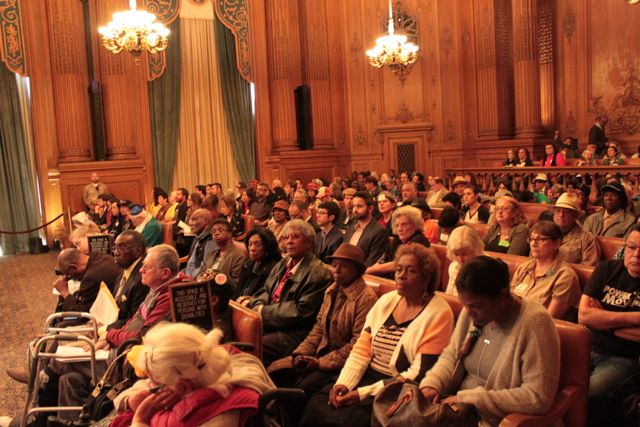 Lines of people patiently waited for hours to share their stories before the supervisors. Activists, tenants, the disabled, working folks, mothers and children, abuelos y abuelas, youth, business owners, long-time residents, artists, shared compelling and often heartbreaking stories. People who often are not on the same side, stood in unity and ferocity, fighting for the heart of the city.

Some told of living in the streets after losing their homes, others, fighting to hang on to their homes; youth spoke of walking through their once-familiar neighborhood, feeling out of place and alienated; others recounted seeing neighbors displaced, witnessing entire apartment buildings emptying out, along with their social networks and support systems.

The African American community showed up in strong support telling supervisors not to let what happened to the Fillmore and Bayview, happen to the Mission and building even stronger Black-Brown unity. 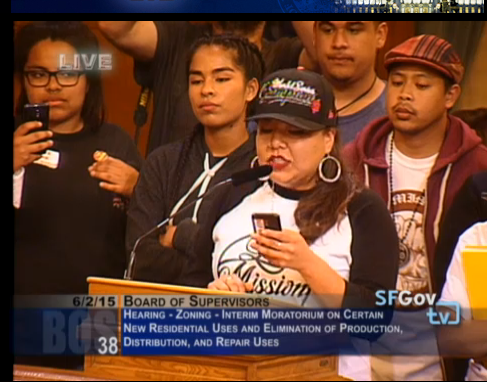 Youth showed up, our hope and pride for continuing the movement fight for justice. “We are the faces of the housing crisis. We live in a city where there are 3,000 homeless students in SFUSD. We live in a city with the lowest population of Black people of any major city in the U.S. We need affordable housing now! Let me remind you, you work for us,” Juana Tello, Causa Justa Youth in Power organizer told supervisors.

Long time activists showed up. ““What moves me is all the young people here taking a stand in a city where a union janitor and union seamstress were once able to buy a home and that is no longer true today,” Oscar Grande, longtime activist and organizer with PODER told supervisors. “What should move you is all these people, the hundreds who have been here today — the 800 people who came. It’s the young ones and the sons and daughters of immigrants who study and work hard and are doing everything they are supposed to and still can’t get a leg up in a city that we so love and who doesn’t love us back.”

Educators showed up. Nancy Obregon, born in the Mission and longtime SFUSD teacher: “To all those saying that the moratorium would make the housing crisis worse, how much worse can it get? We have thousands of homeless SFUSD students and now many of their teachers are leaving because they can’t find housing. And as you push people out, who is going to teach your children? Who? Teachers can’t afford to live here anymore. Already there are five openings for teachers at my school. I’ve worked there for decades and I have NEVER seen those many vacancies.”

Ignoring the condescending remarks by the few developers and hacks who came, blithely citing their economics and theories bent to their version of supply and demand, the community came, and waited, and rallied and gathered, and chanted and got loud and youth stepped up and showed their strength and leadership and it was medicine to the heart, an uplift to see that beauty step forward in their power. 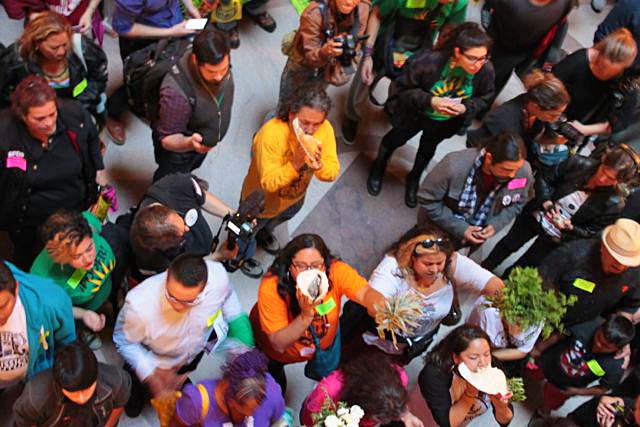 Outside the hearing another faith-led action took place as a few hundred others called on Mayor Lee to build deeply affordable housing. And, just like two weeks ago when hundreds took over city hall, he kept his door shut. Again.

How, we thought, could supervisors who did not even represent this district deny this mass public call for change? As some supervisors made themselves busy looking at their cell phones dismissing the public and already set in their decision, Maria Zamudio of Causa Justa pointed out: “Rationalizing opposition is a political decision that we notice and that the nation will notice. It’s choosing profit-making ventures over people. This measure is 100 percent about building housing —affordable housing.”

Added Juana Tello: “Today our actions show we are not giving up. We are here. We are strong. And we are resilient.” 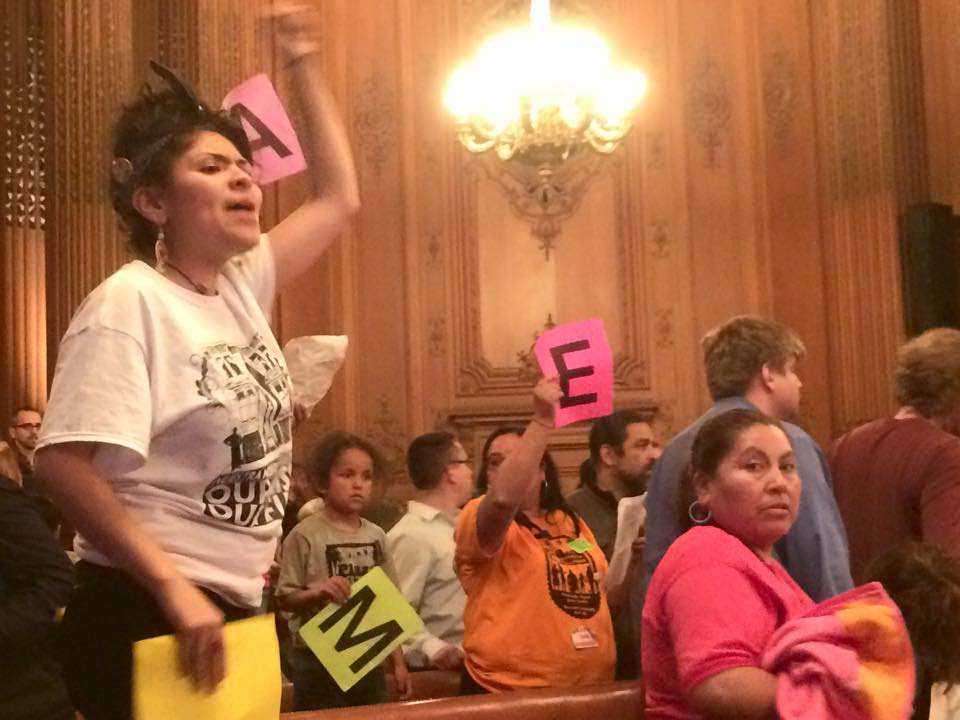