A victory for Oakland: Good jobs on the horizon for the Army Base project 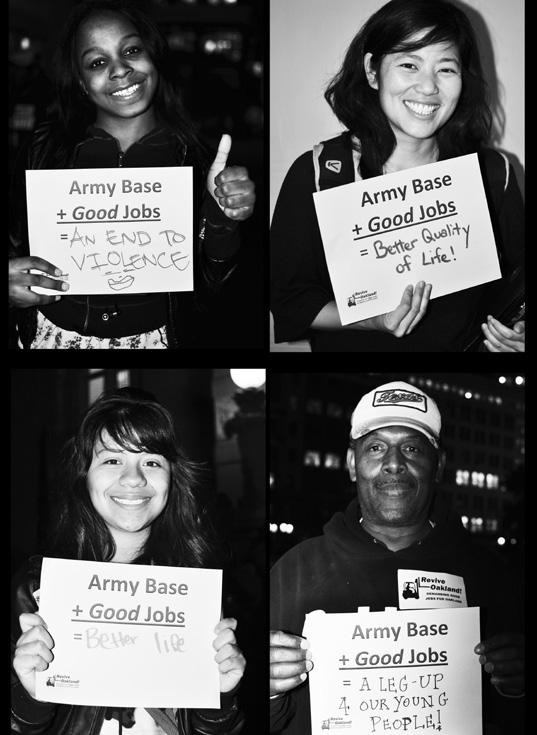 On February 7, the Oakland City Council unanimously approved a Good Jobs and Community Benefits plan for the massive redevelopment of the Oakland Army Base project. This was a huge step forward for the Revive Oakland! Campaign for Real Jobs and Healthy Neighborhoods – and for all of Oakland.

The City is now on record in agreement with the community’s vision for an Army Base project that puts local residents to work in good-paying, family-supporting jobs. The project is estimated to create upwards of 6,000 construction, warehouse and other long-term port jobs over the next 20 years, with ground-breaking estimated in 2013 and warehouses projected to open a few years later.

In the coming months, the city will continue negotiating towards a final deal with developer Prologis, a multi-billion dollar global corporation based in San Francisco. The commitment that has been made to the “good jobs” plan means that the city will work to ensure that the jobs created from this project will provide employment opportunities that will really serve the community. The kind of jobs that will pay enough to allow workers to continue to afford to live in Oakland, provide for our families and build a healthy and peaceful city.

Revive Oakland, a coalition of youth, community, labor and faith organizations, representing thousands of families, will call the question on Prologis, to see if they will help to make sure this project delivers on real opportunities for Oakland. The Army Base project is the largest development opportunity we will see in our lifetimes in Oakland. As a project that will take place on public land and using a huge amount of public resources, this is a critical opportunity for us to win jobs for our community.

The coalition utilized a multi-pronged strategy to secure this victory, including a combination of on-the-ground organizing, thoughtful policy development, endless conversations with decision makers – and turning up the heat when we needed to! Over the last year, Revive Oakland coalition partners have been organizing community residents about this massive opportunity. With our partners at Oakland Rising, we talked to 5,600 voters in East and West Oakland. We found staggering support for the Good Jobs plan. 80% of voters surveyed support our proposal to “ban the box” on job applications, which means that those who apply for Army Base related work will not be discriminated against for their criminal records. Voters also support the right of future warehouse workers to organize for better wages and benefits free of employer harassment.

Also over the last year, we participated in a year-long consensus process to develop the Good Jobs plan. The process, led by Councilmember Jane Brunner, brought together all community and labor stakeholders. Through a series of meetings, we developed real solutions to improving access for local residents into construction careers and connecting workers with real jobs.

Once the plan was developed, the Good Jobs plan had to be approved by the Council’s Community Economic Development Committee and then by the full City Council. When the City abruptly cancelled the Committee meeting where this item was scheduled, Revive Oakland and 50 residents and workers showed up at City Hall to express to the City how badly we need these jobs. That day the City committed to hold the hearing in two weeks.

Two weeks later, we were back with more than 100 people packed into a tiny hearing room. Dozens of community members spoke eloquently and passionately about the need for good jobs. Twenty-year old Rayna Smith, a leader with Urban Peace Movement, urged the city to pass the Good Jobs plan to help curb violence in our neighborhoods. Rose Morton, an Oakland ironworker, explained how her stable, union job lifted her out of poverty and how she wants the same for others coming up today. The Committee unanimously approved the plan, forwarding it to the full City Council who did the same.

Our success clearly shows what the community, and the City expect from this project. The question now, is whether or not Prologis will agree to these terms and create a project that actually delivers on real benefits for Oakland.

Prologis, the biggest developer of warehouses on the planet, owns enough warehouses and other real estate around the world to fill up almost half of San Francisco. A corporation of and for the 1%, Prologis paid their CEO’s a combined $13 million last year and has $48 billion in assets. Based in San Francisco, Prologis has a responsibility to share their wealth with working families in Oakland if they are going to do business in our city. Revive Oakland plans to be there every step of the way to make sure that happens. 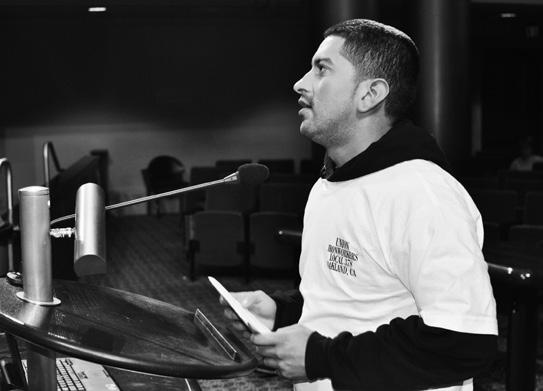 The Good Jobs plan sets expectations for this project that we’ve never seen before in Oakland, including: