OAKLAND–Hundreds of folks gathered on a sunny, breezy afternoon on 14th and Broadway in Oakland to celebrate and lift up the many struggles and triumphs of workers around the world on International Workers’ Day on May 1. People of all ages and nationalities beat drums, carried signs saying, “I Will Rise”, “No Ban No Wall, Sanctuary for All”, “Liberation Not Deportation” and many more slogans underscoring the solidarity across borders to organize and defend our communities. 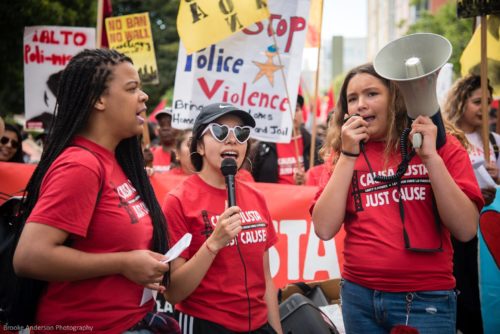 Boom Shake and the Causa Justa :: Just Cause ensemble led a contingent of over 100 members and supporters.

Coalitions of organizations throughout the Bay Area converged on the downtown center of Oakland and marched down 14th street to Lake Merritt, shutting down the main thoroughfare for over two hours in afternoon rush hour traffic.

The Oakland rally completed a day of activities in cities around the Bay Area including Concord, Richmond, Santa Rosa, San Jose, San Francisco and throughout California. Marchers commemorated the workers and labor organizers who fought for the 8-hour workday, and against the backbreaking hours. People died and sacrificed and displayed incredible courage fighting for worker rights. 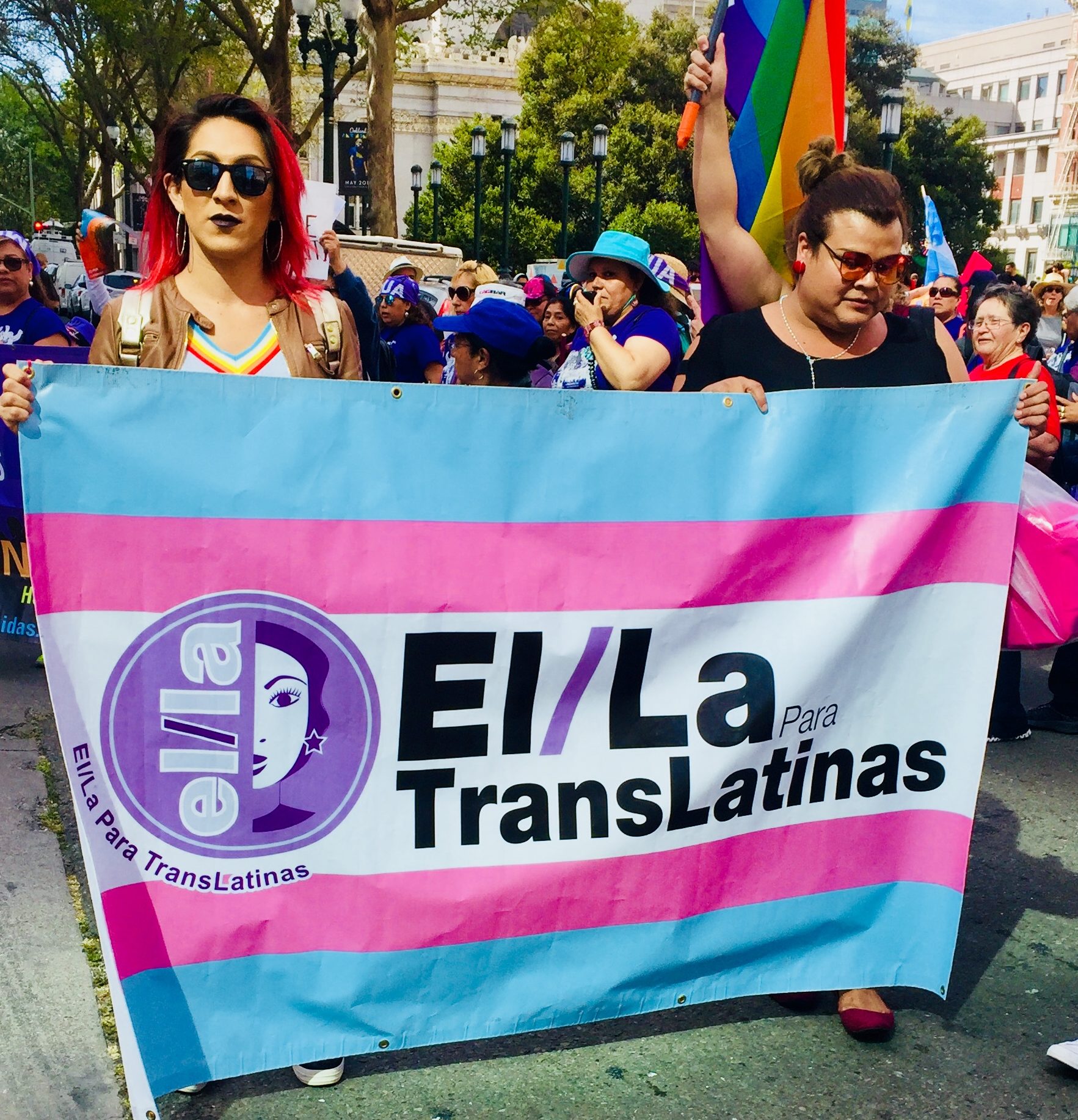 Today we continue to fight for worker rights here and throughout the world and against injustice toward undocumented workers and their families, the killings of Black and Brown folks, and for the rights of Black, Brown, Native American and Asian people and to organize against state violence.  We marched for Black Lives and as stated in Oakland march organizer Sin Fronteras’ Points of Unity statement, “We are committed to lifting up and centering the struggle of trans people of color, who have historically been left at the margins.”

Be it in the right to housing, at work for the $15 per hour work day, respect for immigrants and support for justice, we are all in this together.  No Ban NO WALL. Clarence Thomas, ILWU Local 10, a long-time worker and organizer with the International Longshoreman and Warehouseman Union reported that ports were shut down for 8 hours; ILWU workers from Portland, Oregon, Seattle, Washington, San Francisco, Oakland, Benecia and Richmond, California all came out to say ‘WORKERS UNITE’

Click here for more information on 2018 Points of Unity