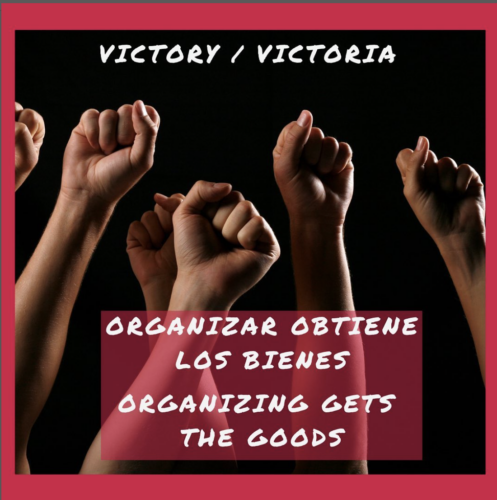 A potentially huge and historic rent hike for tenants in rent-controlled buildings in Oakland was beaten down last month, preventing a wave of displacement of Black and Brown renters and working class families.

Thousands of vulnerable Oakland residents can now rest easier due to some fast work by both Councilmember Carroll Fife and quick organizing by housing rights groups in the East Bay, including Causa Justa :: Just Cause!

Thanks to all the organizers, renters and supporters who spent hours on zoom and on the phone and who emailed to share their powerful personal stories with Oakland Council members.

The proposal would have allowed landlords of rent-controlled buildings in Oakland to raise rents to match an increase in the Consumer Price Index (CPI). The CPI had spiked to 6.7 percent this year because of the massive pandemic-influenced inflation.

Housing rights groups, including Causa Justa :: Just Cause quickly mobilized their members to bombard the lawmakers with calls and emails as to how the hike would have impacted their lives.

Special thanks to Councilmember Carroll Fife, who  stepped in quickly to introduce a resolution to stop the maneuver and permanently cap the allowable annual increase at 60% of CPI or 3%, whichever is lower.

The lawmakers heard from many of our staff and members including CJJC member Michael Gipson, who  told them: “11% of California tenants are not at all confident in their ability to pay June rent. People won’t be able to survive this 6.7 percent increase — it  has the potential to devastate more people. People are barely able to eat, and you want more rent? I urge the City Council to find their humanity, and to support Councilmember Fife’s proposal for a cap on the CPI.”

Tenants and supporters spoke of the immense toll that inflation has had on their lives and their ability to buy the basic necessities and that the looming hike would have been the final straw to push them out of the city.