Maria Poblet: On Feminist Internationalism, Economic Justice, and the Movement of the 99% 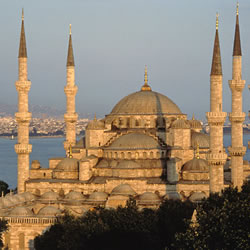 Address to the Association of Women’s Rights in Development
Istanbul, Turkey, April 19, 2012

It’s an honor to be here, among such powerful women and women’s organizations, from all over the world, gathered in such a beautiful city.

Looking around at all of you, I feel sure that another world is possible.   And when I look from here towards the US, I know that if that other world is to be possible, another US is necessary.

I have come here from the belly of the beast, happy for the rare occasion of bringing good news from the US, for once, about the seeds of a social movement that we are watering and caring for, so they can grow and eventually bear fruit.

Occupy Wall Street emerged in reaction to the polarization between the 1% that controls the economy and political system, and all of the rest of us, the 99%.  This umbrella of the 99% is a new collective identity, where multiple political tendencies, sectors and generations can converge.

I am active in the movement of the 99%, and my organization, Causa Justa :: Just Cause has built dozens of collaborations with Occupy Oakland & Occupy San Francisco.  We are no strangers to convergence.  Our organization was born from a merger between a Black organization and a Latino organization, seeking to challenge the divisions between oppressed people and build grassroots, multi-racial power.

Our members are people like Ms. Alma Blackwell, an African American woman born and raised in Oakland, who saw many of her neighbors and family displaced to outlying cities far from work and community, because of gentrification.  She joined the fight to defend the public housing building she lived in, eventually testifying in congress about the need for affordable housing in order to stop displacement.  Our members are people like Araceli Catalán, an immigrant from Mexico who struggled to pay the rent on her low salary as a parking attendant in San Francisco.  She learned her rights and stopped her landlord from raising her rent, and now counsels others about how to defend their homes and fight discrimination based on immigration status.

Alma has much to teach Araceli about institutional racism in the US and about the legacy of Black resistance.  Araceli has much to teach Alma about how US policies forced her to migrate, and about the legacy of resistance to free trade agreements.  Causa Justa :: Just Cause is the place where this dialogue happens, and where these two women work together, challenging their own communities to grow in solidarity with each other, and offering their unique leadership to a multi-racial, multi-generational, multi-gender organization with a common agenda for economic justice. 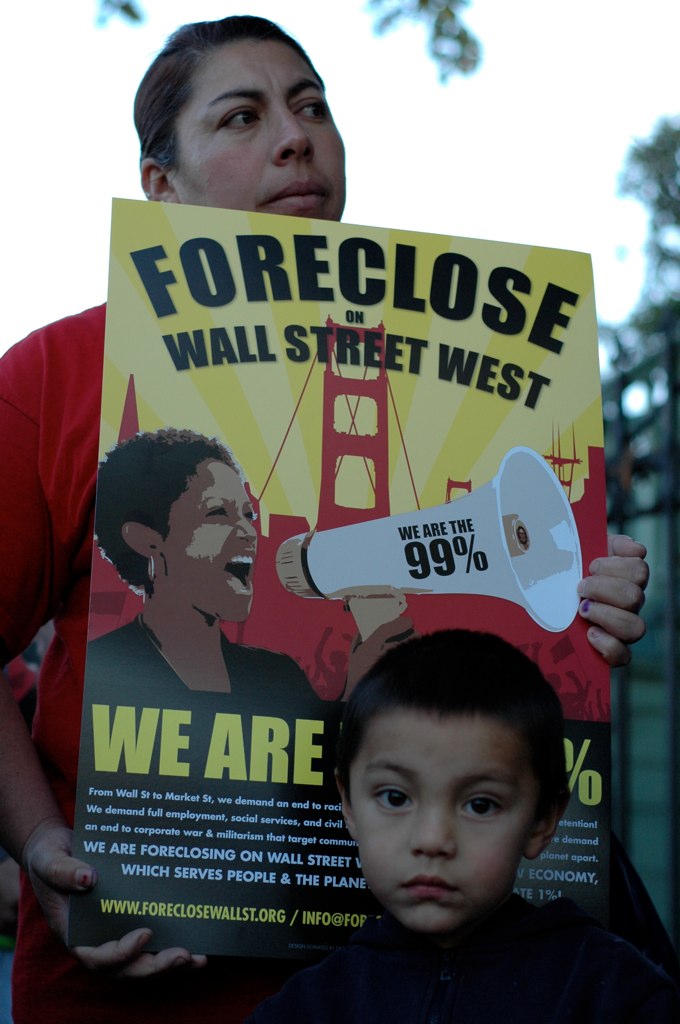 Responding to a call from the World March of Women, we did our first action with Occupy on indigenous people’s day of the America’s last year, joining the international outrage of the indignados, and linking our struggle to anti-austerity movements and indigenous movements throughout the world.   Like many of you here, we believe the international reality of the economic crisis requires an international solution, and that those of us inside the belly of the beast have a responsibility to not just to build solidarity; but to build joint struggle.

This was the first community/occupy collaboration, and it was just the beginning. Occupy, as you may know, has been largely men and largely white.  There are visionary efforts to transform that composition, to expand the depth and scope of the political vision, and to grow beyond the camps into a long-term movement. Three key components of that intervention are: community organizing, political education, and good old-fashioned political struggle.  My organization brought Occupy activists with us to do door-to-door outreach and to learn about local community issues, we leveraged our civic engagement relationships with local elected officials to advocate for the camps rights to protest, and we worked with the people of color & feminist committees to lift up the struggles and the leadership of working class women of color.

As a community-based organization, our biggest contribution besides our long time relationships at the neighborhood level was our campaign work.  We contributed our work challenging corporate power, in particular, big banks.  We connected people with the campaign we have been fighting against Wells Fargo bank, a virtual foreclosure factory in California, that invests in private prisons for immigrants, and does not pay it’s fair share in taxes.  This campaign resonated with Occupy activists, gave us an opportunity to highlight the important perspectives of communities of color who are most impacted by foreclosures, budget shortfalls, and criminalization.

It took work to address racial and gender dynamics, political differences, and find common ground between very different political cultures.  At times this was frustrating, with men who were making big decisions denying their power, and claiming the movement was leaderless.  At times this was an inspiring process, where young transgender organizers from my group led marches of tens of thousands of people, growing their capacity as organizers and changing the face of the movement.

Together as a movement, we were ultimately successful in innovative actions that inspired and energized thousands of people.  We shut down Wells Fargo’s headquarters half a dozen times, and held Oakland’s first general strike since the 1940s.  These actions have included both militant direct action, civil disobedience, and children’s story circles about the very radical, very basic idea of sharing.  These actions have had queer flash mobs that re-do lady gaga lyrics to criticize corporations, and multi-lingual chanting that amplifies the voices of immigrants.   These actions have given me a glimpse of the kind of movement we need to build, and the work it will take to sustain them.

We from Causa Justa :: Just Cause collaborated because we are concerned not only to win a moratorium on foreclosures and evictions that are displacing the Black and Latino families we work with, but also with building a broader social movement that can drive towards a deeper transformation, towards an economy for people and the planet.

We know the 1% of the US not only caused our suffering, but, in fact, designed the failed neoliberal model that perpetuates it.   The US is the 1% to everyone else.  And this model that they created was first and most brutally implemented in the global south. 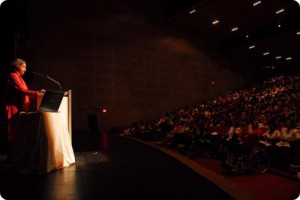 Now it has come home to roost, and the impacts are alarming.  In a wealthy country that often promotes the idea of women’s rights, the reality is that majority of the poor are women.  Latina and Black women are twice as likely as white women to be poor  and more likely to be in deep poverty, particularly in women-headed households.  Lesbian couples and their families are twice as likely to be poor than heterosexual households.  Black women are 256 times more likely than white men to have been sold a subprime loan , which then causes them to lose their home to foreclosure and thus lose their primary financial asset. And the list goes on.

It’s obvious, then, why we challenge corporate power, why we need a movement for economic justice and human rights.  Women, women of color, queer women, immigrant women, all of us have something to gain from being part of this movement.

And, what’s more, the movement has a lot to gain from our participation, and our leadership.  In our work, I have seen that women of color, queer women, single mothers are the ones often found taking the biggest risks, taking leaps of leadership that move their whole community forward, and even innovating to create a political culture that is more inclusive, more supportive, and more accountable.

Women’s traditional role as managers of their household and families means that we do unwaged, unrecognized work.  It also means we often emerge as organic leaders in fights for housing rights, immigrant rights, and economic justice.  We often do this based on a vision of family stability, an understanding of interdependence, and an ethic of collaboration.

This kind of grassroots leadership can change the world, if it’s rooted in an international vision and strategy. Because, as the saying goes in southern Mexico, “Donde la mujer avanza, no hay hombre que retroceda,” or as I say in Oakland – what’s good for women is good for our whole community.