Mass Incarceration in the Age of Colorblindness

Interview with Michelle Alexander, author of The New Jim Crow

Juvenile Justice Information Exchange and Youth Today Washington, D.C. correspondent Kaukab Jhumra Smith covered a conference in July in Cincinnati sponsored by the Children’s Defense Fund. Among the more than 3,000 people in attendance was legal scholar Michelle Alexander, author of The New Jim Crow: Mass Incarceration in the Age of Colorblindness. This reprint is courtesy of the Juvenile Justice Information Exchange.

Kaukab Jhumra Smith, Juvenile Justice Information Exchange (JJIE): What do you think is the civil rights issue of our day?

And so I think really the defining issue of our times is viewing people — poor people — as disposable. They can be locked up, locked out, thrown out of the country, relegated to inferior education, denied jobs. It’s really viewing people defined largely by race and class, largely as disposable and unworthy of our care and concern. 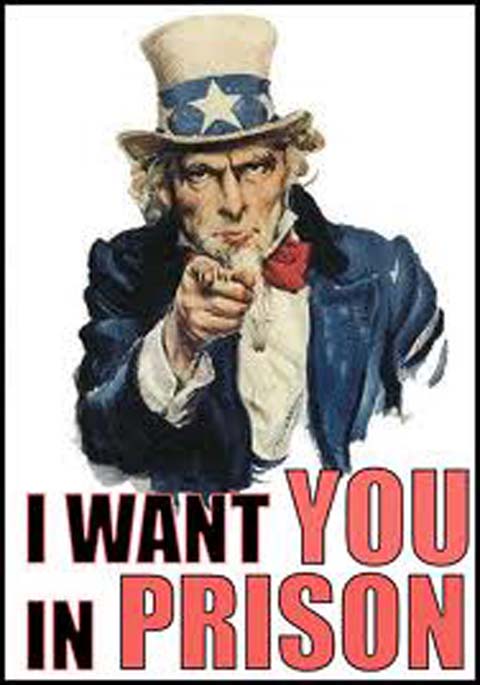 JJIE: If you had a 30-second version of what people can do to counter what you have described as the spread of disenfranchisement laws, what would it be?

Alexander: I think there are a number of things we can do. The first in my view and the most important is consciousness-raising and truth-telling. I think as a nation we have been lulled to sleep, to imagine that we have made great racial progress, that we’re on the road to the Promised Land when in fact we’ve taken a tragic wrong turn.

“We have to be conscious of the ways in which the same kinds of attitudes that justified slavery, and that justified Jim Crow, are alive and well today.” -Michelle Alexander

So I think telling the truth, about how the system actually works, the harm it causes, who suffers, allowing those stories to be told, individual stories as well as the larger collective story. Consciousness-raising is critically important.

And then we’ve also got to organize. We’ve got to organize for abolition of these systems, the system of mass incarceration, the war on drugs, calling for an end, once and for all, to the war on drugs. And so, in my view, it’s a combination of consciousness-raising, helping individuals in this time through underground-railroad activities and then really becoming serious about movement-building through organizing, at the community-based level as well as the national level.

JJIE: Why is it necessary to keep drawing upon analogies and parallels of the anti-slavery movement?

Alexander: I think it’s critically important because people think that that’s old news, that it’s ancient history, and I think we have to be conscious of the ways in which the same kinds of attitudes that justified slavery, and that justified Jim Crow, are alive and well today.

So when we demonize the other and imagine that there is something inherently inferior about them, it makes it easy for us to believe that “those people” aren’t worthy of our care or concern. So I think we have to be conscious of the way that dynamic repeats itself. It repeats itself politically, it repeats itself socially, and if we become blind to the dynamic, or in denial about it, the chances are great that it will continue to repeat itself for a long time in the future.