Tenants Get Keys To Their Restored Apartment But Not Without Strings 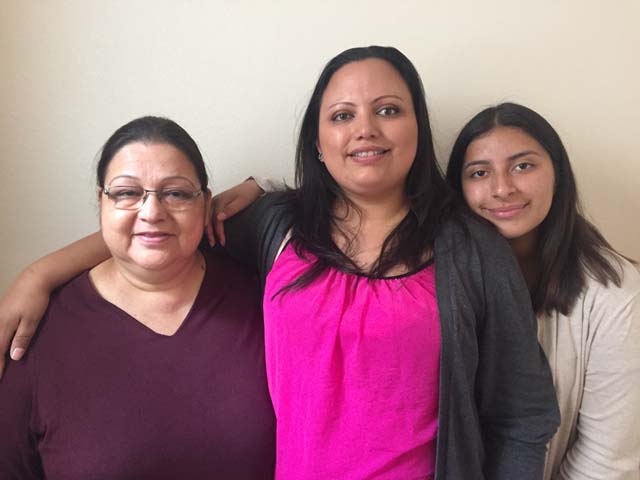 May 2017-Three years after being displaced when a fire roared through their apartment Trinidad Sanchez and her daughter Cindy Salazar and two grandchildren will be getting the keys to their restored apartment in the Bayview on Thursday where they have lived since 2007. It sounds like a dream come true but it isn’t.

It turns out the landlord Matt Srhidar (aka Madhu Sridhar) & Anjali Srhidar, of San Jose based Srhidar Equities-LLC, are  threatening a 60-day notice of a Costa Hawkins rent increase of $1500 – from $2,000 to $3,500. This, after the tenants refused a “buyout” offer of a mere $500, which was increased after their first refusal to accept, to a paltry $2,000.

After the fire, the landlord was unresponsive and the occupants had to figure out how remain in the city. “And now that they have an opportunity to return after they routinely checked in about their unit, they are faced with a threat of Costa Hawkins,” says Leticia Arce, Causa Justa tenant organizer who worked with the tenants through the three-year process.

“He’s making it impossible for us to return to our home with any peace of mind. This isn’t right or reasonable to increase our rent by $1500! We need at least a 3-year moratorium on this rent hike,” says Trinidad Sanchez,

Matt Srhidar is a multi-property owner who faces a string of complaints for poor maintenance by residents around the city and has served over 82 eviction notices just in Oakland over a five-year period..  //www.antievictionmap.com/evictors/#/sridhar/

Since the fire, the tenants had issues with the landlord including the locks being changed and failure to provide access to the unit after the fire so that they could get their belongings out.

“The Sridhars should do what’s right and respect the tenant’s right of return. A fire ravaged and tore apart this family back in 2014. Now, after a glimmer of hope that their family would finally be back together, they are facing the same fate with the $1,500 rent increase which can only be considered inhumane and malicious,” says Arce, adding, “it’s imperative that the landlords respect the tenants right of return and allow the tenants maintain the same rent.”

Matt Sridhar, who lives in a plush luxury home in Saratoga has a track record of displacing families. He was involved in an attempted mass eviction of 33 Filipino families residing in Alameda County at the Bay View apartments in 2015 that prompted the intervention of the Alameda County city council.

Cynthia Bonta, a spokeswoman for Filipino Advocates for Justice and mother of state Assemblyman Rob Bonta, D-Alameda, stated in an email to the Mercury News: “He does not have Alameda’s best interest at heart. He is a greedy, incompetent business person who is expecting the city to protect his investment — by looking the other way.”

Meanwhile, back in San Francisco,, Sridhar was sued by another tenant in the same building that Trinidad and Cindy reside in. According to an article by Lynda Carson,  Dwayne Robinson, sued Sridhar alleging slum conditions, one of which included major sewage flooding his unit and the same fire that displaced Trinidad and Cindy.

According to a statement in documents filed by Robinson’s attorney, “Such fires do not occur in the ordinary course of events unless the entity in control of the area is negligent.”… “The defendants substantially breached their duty ….. by failing to make repairs in July 2014 after the plaintiff complained about the sewer leak, failing to abate a fire hazard in the building, failing to prevent the August 2014 fire, failing to make repairs to the unit.”

In San Francisco, fires are one of the common ways that long-term renters get displaced. After the fire,Sridhar was unresponsive and tenants had to figure out how to stay local. Now that they have an opportunity to return after they routinely checked in about their unit, they are faced with a threat of Costa Hawkins.